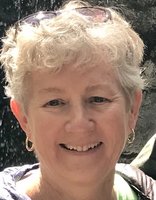 Anna Ruth Cianci, 72, of St. Petersburg, passed away on May 26, 2020, after a long and courageous battle with cancer.  She was born on March 16, 1948 to Ellis and Elizabeth Pope in Jacksonville, Florida.

She graduated Florida State University in 1970 and subsequently received a Master’s Degree from the University of Georgia.  She worked initially with the Florida Department of Parole & Probation, but spent the majority of her career as a School Social Worker in Pinellas County.  She retired in January 2010 after a 35 year career. Anna Ruth was a compassionate woman, whosE kindness and generosity were known to all.  She was an active member of the First Baptist Church of St. Petersburg for 45 years.  During her retirement, she gave generously of her time to Guardian Ad Litum and other causes. She loved to travel.  She loved her friends and her neighbors.   She loved talking to people and never hesitated to help those in need with a card, a telephone call, or a knock on their door.

Anna Ruth is survived by her beloved husband of 45 years, Raymond A. Cianci of St. Petersburg; her two sons and their wives David Cianci and Kara van Malssen who reside in Gainesville, Florida and Mark and Lindsey Cianci who reside in Portland, Oregon.  She was “Ani” to the three grandsons, Sam, Isaac, and Otis, who adored her.  She is additionally survived by her father Ellis Pope, 102, of Neptune Beach, FL; her three sisters Phoebe Bryan, Susan Ford and Becky Caughman and their husbands; 2 sisters-in-law Jean Conroy and Lori Witt and their husbands, and numerous nephews and nieces.

Due to the pandemic, Memorial Services will be held at a date in the future.  In lieu of flowers, a donation in her name can be made to First Baptist Church, 1900 Gandy Blvd., St. Petersburg, FL, 33702 or through FBCStPete.org