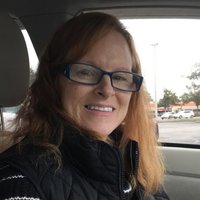 Kline, Cathlene Ann passed away peacefully at home with her family on May 20, 2021 after a four year battle with cancer. She was born on March 9, 1961 into a Marine Corps family in Quantico, VA. As the family was transferred, she grew up in several different locations including Norfolk, VA, Camp Lejeune, NC, St. Petersburg, FL, and Woodbridge, VA. Wherever she lived she was active in athletics. She graduated from Gar-Field HS in Woodbridge, where she excelled academically and athletically, especially in track, where the 880 was her specialty. She attended Radford University and transferred to Virginia Tech, where she graduated with a degree in Psychology in 1984. Cathlene moved to Florida that same year and lived in Sarasota before finally calling Tampa home. During this time, she attended USF and graduated with a second degree in Computer Science, all while working as a Network Administrator for IBM. It was at IBM that she met her husband of 22 years, Mathew Kline. They have two amazing children together: Allison (21) and Nicholas (17). Cathlene participated in several half and full marathons before transitioning to triathlons. Her love for the sport grew to include her entire family, with Matt, Allison, and Nicholas providing support and encouragement, and ultimately participating in triathlons themselves. These moments created an amazing family bond filled with wonderful memories. After God, her family was her most cherished treasure. She was an amazing mother, always doing what was best for her children. Her love for her two kids was evident; she played an active role in their academic and extracurricular activities and made sure to never miss a game or school play. She always knew the right things to say and gave the best answers to her kids' never-ending questions. Her wisdom and comforting words taught many important life lessons that will stay with her children forever. Cathlene was a very strong women who saw the best in everyone. She was loving, forgiving, supportive, and inspirational. She had an amazing, almost innate ability to help other people through difficult times - a calming soul to all that knew her. She is also survived by her parents, LtCol. Jerry Simpson, USMC Ret and Adelle Simpson of St Petersburg and her three sisters: Kelly Deegan, Christi Simpson and Jerry Spanos. Services will be held at Anderson-McQueen Funeral Home, 2201 Dr. M.L. King Street North, St. Petersburg, Florida 33704 on Monday, June 14, 2021. Gathering starting at 12pm with a memorial service at 1pm followed by a reception. To view the service, click here.