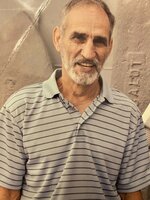 John Fatseas or Yanni as many knew him, passed away peacefully on September 20, 2021.  Yanni is survived by his son, JP Fatseas and grandson, Ari Fatseas.  He was born in Athens, Greece on May 21, 1941 to Sophia Helou. Yanni could not sit still, so he did not spend much time in Athens. After completing technical school, Yanni enlisted in the Greek Navy where he became a machinist working on navy ships while sailing the Mediterranean. After his time in the Greek navy and a brief stint as a machinist working on dams in Greece, Yanni moved to New York City in the early 60s, prior to making his way to Florida where he remained until his death.  Once he moved to Florida, he began working as a painter until starting his own company Fatseas Painting.  During his time as a painting contractor in the Tampa Bay area, he made many lifelong friends and clients, and he was always willing to help a friend.  He had many passions in life, golf, photography, and swing dancing were just some, all of which he excelled at.