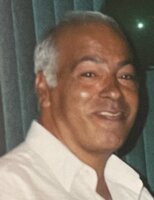 It is with great sadness to announce the passing of Milad Abu-Hanna. Milad passed away on Saturday, February 5th, 2022. He was preceded in death by his parents, Ibrahim Abu-Hanna and Dalal Hanna. He is survived by his loving brothers, Hanna Hanna, Yacoub Abu-Hanna and Farah Hanna. Milad a.k.a Mike was also a loving uncle to his nieces and nephews. He enjoyed playing checkers and was the champion at it! He loved movies and music, his favorite song was Hotel California. He was a great man who will be deeply missed!