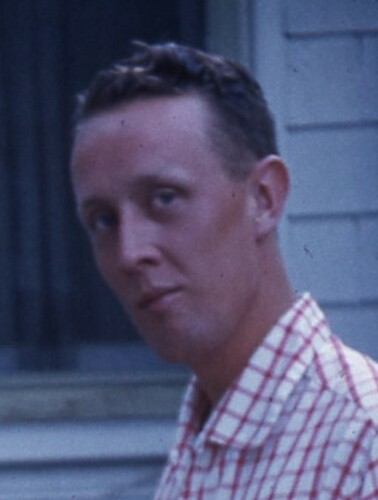 On January 13, 2022, John Hempel, loving father and grandfather passed away at age 86. John was born in Salt Lake City, UT, on October 14, 1935 to Emma and Edgar Hempel. His childhood is rich with stories about exploring the local gulley and “inventing” mountain biking. He describes it better than I ever could here please click.

John earned his Ph.D. in mathematics from the University of Wisconsin in 1962. John was a Professor of Mathematics at Rice University for over 50 years until he retired in 2013. He is well known for his work on 3-manifolds, and his textbook “3-Manifolds” (1976) is considered required reading for every graduate student interested in the study of topology. His research has been published in some of the most prestigious mathematical research journals, including Annals of Math, American Journal of Mathematics, Topology, and Transactions of American Mathematics Society, among others. In addition. he received appointments at the Institute for Advanced Study (Princeton, NJ) (1963-64 and 1971-72), one of the most prestigious Mathematics Institutes in the world. Their faculty included notables such as Albert Einstein, Robert Oppenheimer, John von Neumann, Kurt Gödel, Michael Atiyah, among other outstanding mathematicians, physicists, social scientists, and historians in the world.

Outside of mathematics, John was an outdoor enthusiast and lover of nature. He enjoyed camping, rock climbing, mountain biking, windsurfing, sailing, and skiing. From him, his son learned a true appreciation for the “best snow on earth” in Utah. John even maintained a pilot’s license for a brief period. On top of his outdoor endeavors, John held a lifelong appreciation for art and music. He loved to play the piano in his study, playing a variety of music from composers such as Scott Joplin, Johannes Bach, Fredric Chopin, and Dave Brubeck, and enjoyed painting via oil on canvas in his signature style. His love of the outdoors and the arts carried over to his family where he was a constant presence at his grandson’s soccer games, concerts, and school event.

John was known as a quiet man, but when he did talk it was rich in wisdom with a touch of humor. He was fiercely independent. He taught the world that if you want a margarita, you should make it by hand; don’t use a mix. If you want a waffle, make it from scratch; don’t use a microwave.

John is preceded in death by his lovely wife Edith who he married on September 1, 1965 in Houston, TX. He is survived by his son, Kris, his daughter-in-law, Tracey, and his three beloved grandsons, Erik, Connor, and Robert.

There will be a viewing for John Hempel at 4:00 pm on February, 12, 2022, and the Anderson McQueen funeral home on 9th Street North in Saint Petersburg.