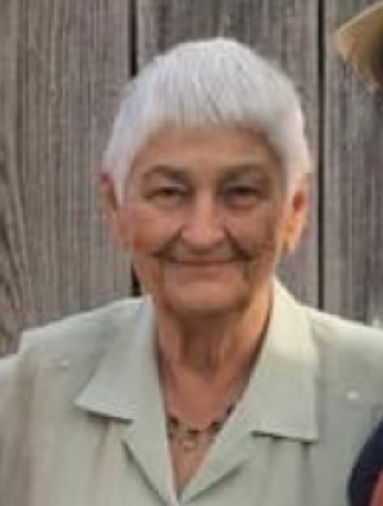 Ofelia fled her beloved Cuba with her husband, while expecting their first child, in 1960 in search of freedom and a better life for her family.  Though young, she welcomed many friends and family seeking exile from the political and economic oppression in Cuba.  Ofelia stretched food and finances helping them transition to their new life.  She lived in Miami, Florida for 50 years, raising 4 children and enjoying several professions.  After retiring, her wandering spirit took her to the Dominican Republic where she relished island life for a few years.  She also spent time in Simpsonville, SC and lived her final years in Tampa, Florida.

Ofelia was a dedicated professional, often working multiple jobs to provide opportunities for her children.

WeeWee, as she was affectionately known by her grandchildren and great grandchildren, was an adventure-seeker.  She enjoyed riding her bicycle, riding long distances with her friend Lourdes including a 250 mile ride to see family in Orlando, Florida, the sights of Key West, Tallahassee to New Orleans and many more. She adored her grandchildren.  It was not unusual for her to drive 800 miles to Mobile, Alabama on a Friday to watch a recital or baseball game and return just in time to go to work on Monday.  Bungee jumping and skydiving were a couple of her bucket list activities.  She was able to live her dream at a state fair where she plummeted towards the ground from a platform very high up while attached to a bungee cord.  Several years ago, she was able to participate in indoor skydiving.  She spread her arms and soared.

Weewee was always supportive of her family’s hobbies, often making them her interests as well.  She found a way to actively participate in everyone’s activities.  Ofelia loved to dance.  Saturday mornings were spent cleaning to the sounds of Celia Cruz or the Platters.  Ofelia had a kind heart.  She would often pay for a night in a motel room for homeless men and women so that they could shower, eat and get a good night’s sleep in a bed.  She was also a whiz at computers and anything techie.  Her children and grandchildren would always go to her with their technology questions.  When her grandchildren reached the age of 13, she took them on a trip of their liking.  Many fond memories were made on these trips while she also fulfilled more of the things on her bucket list.

Ofelia gave us a huge gift by making decisions and letting her wishes be known, lessening our burden when the difficult time came.  Among her wishes, she told us that she wanted to donate her body to research the awful disease, Alzheimer’s, that savaged her life in the hope that someone else’s life could be helped.

Ofelia, aka Mom, aka Weewee, you will be missed.

In lieu of flowers, donations can be made in Ofelia’s memory to the UF Foundation  PO Box 100243  Gainesville, FL  32610  Donations will be used for Alzheimer’s research at the UF McKnight Brain Institute.  Online donations are also accepted at mbi.ufl.edu     All donations are tax deductible.