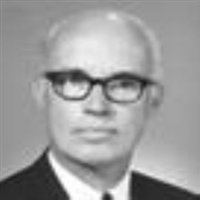 Turner, James Henry, 81, of St. Petersburg died Tuesday Oct. 3, 2000 at St. Anthony?s Hospital. Born in Atlanta, GA, he came to St. Petersburg in 1958 from Miami, FL. He graduated with honors from the University of Florida in 1940, where he majored in journalism and was awarded the Sigma Delta Chi scholarship key. He worked in the editorial department of the St. Petersburg Times, wrote feature articles for the Atlanta Journal and contributed to a number of magazines before becoming an attorney-at-law. He practiced law in St. Petersburg from 1968 until retirement in 1992. He was a Navy veteran of both WWII and the Korean War. He was a life member of Delta Theta Phi, and a member of Sigma Chi and Sigma Nu fraternities, and a former member of the St. Petersburg Yacht Club. He was a member of the First Presbyterian Church. Survivors include his wife of 49 years: Virginia L.; a stepson: John Nelson Mackey ? Canton, OH; a nephew; and five 5 grandchildren. Anderson-McQueen Funeral Homes & Cremation Tribute Center ? Ninth St. Chapel.