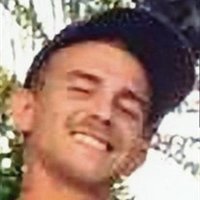 Steven Michael "Mikey" Baggett, 22, of St. Petersburg, Florida, died Thursday, September 18, 2014 from injuries sustained in a motorcycle accident. He was a native of St. Petersburg and was actively involved in Bike Night at Quaker Steak and Lube on Wednesdays nights. He was an avid fisherman and enjoyed spearfishing. He is survived by his mother, Tonya Baggett; his brother, Chris "Chree" Baggett; his sister, Delaina "Dee Dee" Bricker; and his grandfather, Vernon Fox. He was predeceased by his grandmother, Delaina Fox. $(document).ready(function(){ });