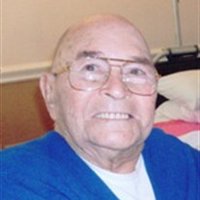 John R. Lewis, 97, of Clearwater, Florida, died Monday, February 6, 2012 at Cypress Palms, Largo, FL. He was born in Chicago, IL and was a Customer Engineer at IBM retiring in 1972. He is survived by 2 sons, John M. Lewis of Dunedin, Mark R. Lewis, Sr. of St. Petersburg and 4 grandchildren, J. Michael, Mark R., II, John C., and Leslie McRoberts. He was predeceased by his wife of 60 years, Lillian M. Lewis. Upon moving to Clearwater in 1972 he worked for the Pinellas County Property Appraiser's office and after retiring from there, his fondest activities were golf and working on his PC with online friends. His last residence was at Imperial Cove Condominium in Clearwater. $(document).ready(function(){ });