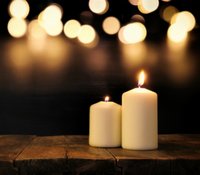 WALSINGHAM, JAMES “FRED” 84 passed away May 19, 2018 in St. Petersburg, Florida. He was born March 25, 1934 in Chipley, Florida and grew up in Jacksonville, Florida. He graduated from Robert E. Lee High School where he played football and became a lifetime fan of the sport. After high school he joined the Air Force from 1954 - 1958. After his time in the Air Force he settled down in Florida and worked as a salesman for R. J. Reynolds Tobacco Company until his retirement. He received his A. A. degree from St. Petersburg Junior College. He was very active in Kiwanis for many years, serving as President and receiving many awards for his outstanding and dedicated service to the organization and his community. He enjoyed spending time with his family and friends, working in his garden, studying history and reading the daily paper.  He was a loving and kind father, grand-father, husband, brother and friend and he will be truly missed.  He is preceded in death by his wife Constance L. Walsingham. He is survived by his son Steven Walsingham, daughter Julie Davis and step-son Jesse Wolf, his grandchildren Tara Walsingham, Brett Walsingham, Aaron Davis and three great-grandchildren. A “Celebration of His Life” will be held at 1:00 p.m., Saturday, May 26, 2018 at Anderson McQueen Family Tribute Center, 2201 Dr. M. L. King Street North, St. Petersburg, FL 33704, (727) 822-2059. In lieu of flowers, please make a donation to Kiwanis http://www.kiwanis.org or American Diabetes Association http://www.diabetes.org.