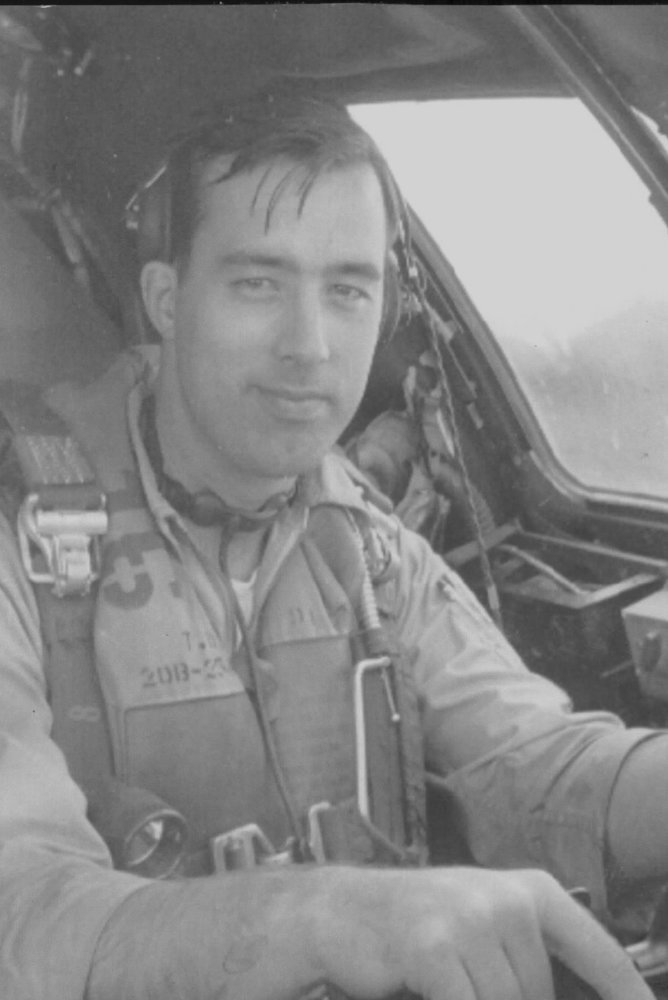 Col Richard Y. Newton Jr, USAF (Ret) was born on April 18, 1928 and died peacefully at his home in St Petersburg, Fla on June 8, 2018.  He lived a remarkable and full life and was loved dearly by his family and friends around the country. His high school sweetheart and beloved wife Ruth passed away in 2013; they were married over 63 years. Richard leaves behind his daughter Kathy and son-in-law El Ahlwardt Jr, Commander, USN (Ret) of Fishers, IN and their daughter Heather and son Ryan and their families.  He also leaves behind his son Richard Y. Newton III, Lt General, USAF (Ret) and his wife Jody who reside in Jupiter, FL and their daughters Elizabeth and Adelia and their families. He was a man of strong faith, dearly loved Ruth, his children and their spouses and most certainly his four grand children and six great grand children. Nothing pleased him more than being with family...

Richard was born in Rockwood, TN to loving parents Richard and Adelia Newton.  They, along with sister Jean and younger brother CM moved soon thereafter to Fort Lauderdale, FL where he spent his formative years through high school.  He was very close with Jean who left us way too soon.  She instilled in him academic discipline and the motivation to attend the United States Military Academy (USMA) at West Point, NY.  He and CM were also very close their entire lives until CM's passing on June 4th this year.  Richard took great pride in CM's ascendancy to the heights of NCAA basketball and international basketball competition resulting in his selection as a member of the Naismith Basketball Hall of Fame in 2000.  Jean's son Bill, Richard's nephew, was more like a brother to him and CM and thus was a very important fixture in his life.  He took great pride in Bill's dedication to family and meteoric rise as a highly successful businessman to this day in central Florida.

He entered West Point July 1946 and graduated as a USAF 2Lt with the famed Class of 1950, June 6, 1950.  On June 25, 1950 Richard and Ruth married in what would begin a lifetime of loving service together.  By 1953, he was flying combat missions in the Korean War culminating as an RB-29 aircraft commander.  Richard and Ruth went on to serve in the Air Force for 29 years where he, among other achievements, was among the Nation's first combat certified RB-47 pilots, saw duty in the Vietnam War from 1967-68 and culminated a distinguished Air Force career as the 3902d Air Base Wing Commander and Base Commander of Offutt AFB, NB just outside of Omaha.  He flew nearly 4800 hours in a variety of military aircraft, his favorite the Boeing RB-47 swept wing bomber.  His decorations included the Legion of Merit with oak leaf cluster, the Bronze Star and the Air Medal, among others.

Richard and Ruth returned home to Florida in 1980 and lived out their lives in their cherished home in Venetian Isles with wonderful neighbors and lifelong friends throughout the Tampa Bay area.  With Ruth continuing to be always by his side he served as the Executive Director of the John Knox Village in Tampa and later as a regional Vice President of operations for the American Retirement Corporation.  Perhaps his most cherished pursuits included serving as the President, Co-Chair and Chairman Emeritus of the Tony Jannus Distinguished Aviation Society in the Tampa Bay area, active member of the Northeast (St Petersburg) Exchange Club, board member of the USF Alzheimer Research Center, mentor for dozens of ROTC Cadets with the USF AFROTC Det 178 and a dedicated member of the First Presbyterian Church of St Petersburg.

Richard would often say over the course of his last few months that "My cup runneth over" clearly to indicate he was grateful to God for a wonderful life and was ready to join Ruth in Heaven; he missed her greatly.  He had his priorities straight...faith, family and Nation and leaves a legacy of love, the utmost integrity and service before self.  He touched many lives and this world is a better place because of Richard Y. Newton Jr.

To send flowers to the family or plant a tree in memory of Richard Newton Jr., please visit Tribute Store
Thursday
21
June