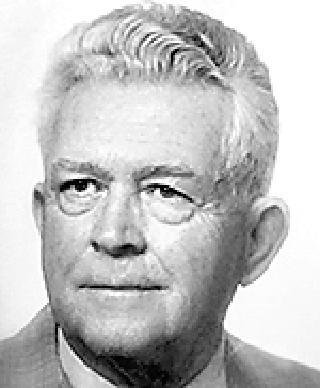 97, passed away in St. Petersburg June 14, 2018 at Westminster Suncoast. He was preceded in death by his mother, Lora French Grooms; sister, Mildred Grooms, former wife, Mary Mostert; and wife, Nola Summers Grooms. Harold is survived by his children, to whom he lovingly referred as "the Six Gee's", Gail and Stephen Lyon of New Jersey, Gay Lora and Stephen Hardin of Florida, Gary Grooms and Wendy Luck of Florida, Guy and Grace Grooms of Idaho, Gavin and Sharilyn Grooms of Utah and Gwen and Mike Moore of New York. He is also survived by 25 grandchildren and 26 great-grandchildren with two additional on the way. Harold was born in Memphis, Tennessee on May 12, 1921. As a member of the Greatest Generation, Harold always served other people. He became a private pilot at the very young age of 16 and he loved flying for many years. During WWII he used those skills to help train pilots and mechanics in one of the Army Air Force Base Flying Schools in Alabama. He enjoyed adventures which included hitchhiking to Mexico as a teenager, because he wanted to see it. After the war he continued his education at Memphis State University where he received his teaching degree and taught middle school science and civics. He left teaching in 1953 to better support his young family. His passion for photography led to employment by the Eastman Kodak Company, where he stayed until his retirement in 1983. During the years of raising a large family, he worked very hard to give them a good life. He loved finding ways to keep the children together which included boating in Western New York where they lived. His children could say of him, he was devoted to each one of us and no matter what, we always knew he loved us. He has left behind a great legacy of people, who desire to make the world a better place. He loved and respected all people, and no one could say he was not a true friend. A memorial service will be held on October 7, 2018 in Memphis, Tennessee where he will be interred next to his childhood sweetheart, Nola.

To send flowers to the family or plant a tree in memory of Harold Grooms, please visit Tribute Store

Share Your Memory of
Harold
Upload Your Memory View All Memories
Be the first to upload a memory!
Share A Memory
Send Flowers