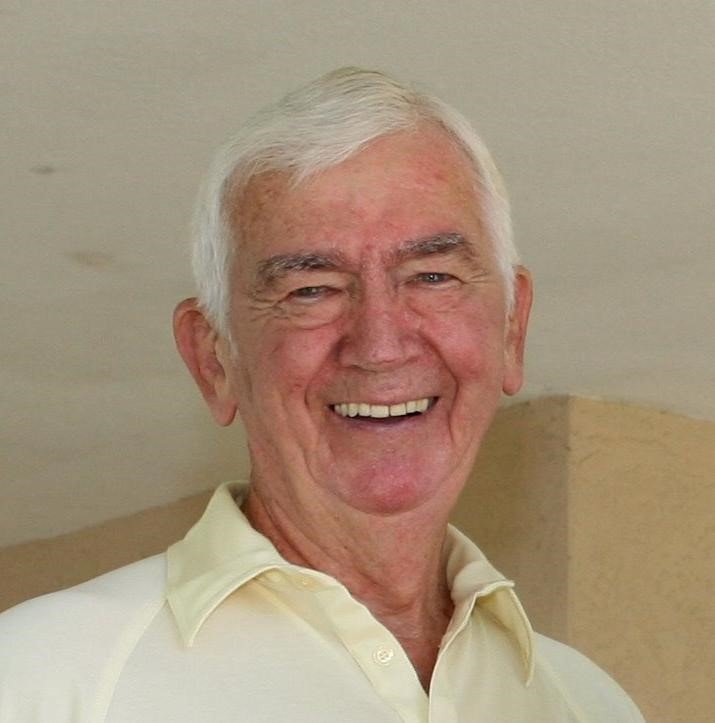 DEGROOT, Robert Paul “Bob”, 89, passed peacefully on June 20, 2018.  Born in Grand Rapids, MI, on July 13, 1928, to parents, Edward and Maggie Mae DeGroot, he was the last of four children (sister Hazel, brothers John Sr. and Murray Benjamin).  He was a talented and active young man, with a keen interest in music (playing the trumpet in the high school band), service clubs and local politics, developing a diverse group of friends along the way who he kept in touch with until the end.  Bob earned his Bachelor’s degree in Mathematics from the University of Michigan, returned to Grand Rapids where he began his adult life as a school teacher. Soon he moved into business with Rapids Standard, traveling to interesting destinations abroad, before transitioning to a career in Life Insurance sales with both Mass Mutual and Berkshire Life.  It was during this time, in 1967, he moved his family to St. Petersburg, FL.  He retired young and started a small jewelry repair business, then was drawn back to teaching ending his professional career as a math teacher at Northeast High School in St. Petersburg.  In retirement, he actively pursued his passion for carpentry, creating unique pieces for family and close friends, as well as applying his skills as an early adopter of “flipping” homes.  Bob is predeceased by his loving wife of 67 years, Betty Jane (Stoddard), his partner in fun as well as the trials and tribulations of life.  He is also predeceased by his parents, siblings and beloved granddaughters (Heather and Laura Kuchta).  He is survived by daughters Linda Kuchta (Robert) and Teri DeGroot, sons David DeGroot (Shirley) and Thomas DeGroot (Jane), grandchildren Kristen Klingel (Brian), Jeffrey DeGroot (Sara) and Lisa DeGroot, Morgan Ware (Trey), and four great-grandchildren (Kaitlyn, Hailey, Austin and Taylor).  A mingling of family and friends, celebrating Bob’s life, will be held at Brookdale Pinecrest (Largo), on Sunday July 1 from 3:30-5pm.  In lieu of flowers, the family suggests donations to the The Ronald McDonald House or American Heart Association.

To send flowers to the family or plant a tree in memory of Robert DeGroot, please visit Tribute Store
Print
Sunday
1
July