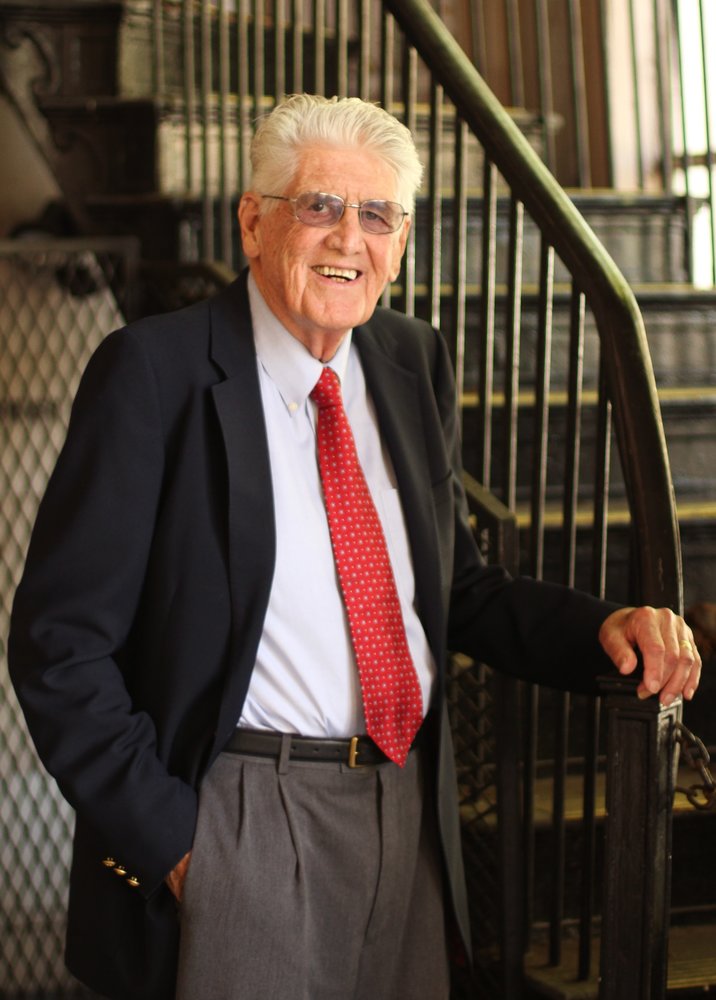 Obituary of Ronald Janss Caffrey I

CAFFREY, Ronald Janss
passed away June 29, 2018. He was born March
16, 1928 in New York City to Mildred Anna Janss,
daughter of Edwin W. Janss, a descendant of
Anaca Janss one of the early Dutch settlers of
Manhattan and Anna Stewart also a long-time
Manhattan family; and John Parker Caffrey, one
of eleven children of Scotch-Irish family of farmers in Mount
Hope Kansas. John and Mildred met in New York City upon
John’s release from the Navy as a Lt. JG after serving in the
armed guard of freighters in the First World War. He attended
Trinity School, a now 300-year-old Episcopal school and graduated
as class Valedictorian in May of 1945.
He received an appointment to the U.S. Naval Academy but
elected to attend Yale University on a partial scholarship augmented
by a bursary job. He received dual degrees in Industrial
Engineering and Business Administration and a regular army
appointment after being named a distinguished graduate from
the ROTC. He graduated in February of 1949 as part of the
wartime class of 1948.
Upon graduation, he was called into the Army but obtained a
60 day deferment to marry Suzanne Westermann of New York
City. He joined the New York National Guard, 105th Field Artillery
Bn. 42nd Division, served 8 years and was discharged as
Captain, Headquarters Battery Commander. He subsequently
joined then Johnson Service Company (now Johnson Controls
Inc.) as a sales engineer in New York City in 1949, the start of a
41-year career including Branch Manager in New York, Regional
Manager in Dallas and Regional Manager in Chicago followed by
20 years as V.P. of Marketing for the Controls Group of Johnson
Controls and President of the in-house Advertising Agency.
Ron is survived by his beloved wife of 40 years, Kathleen
Caffrey; son, Ronald J. Caffrey II with Kathleen; daughters,
Carol Lyn Buchta and Karen Sue Weiss with Suzanne, as well
as seven grandchildren and seven great-grandchildren. A Memorial
Service for Ronald will be 10:30 am, Tuesday, July 3,
2018 at the Anderson McQueen Family Tribute Center North East. A Gathering
of family and friend will be at 10 am.

To send flowers to the family or plant a tree in memory of Ronald Caffrey I, please visit Tribute Store
Tuesday
3
July