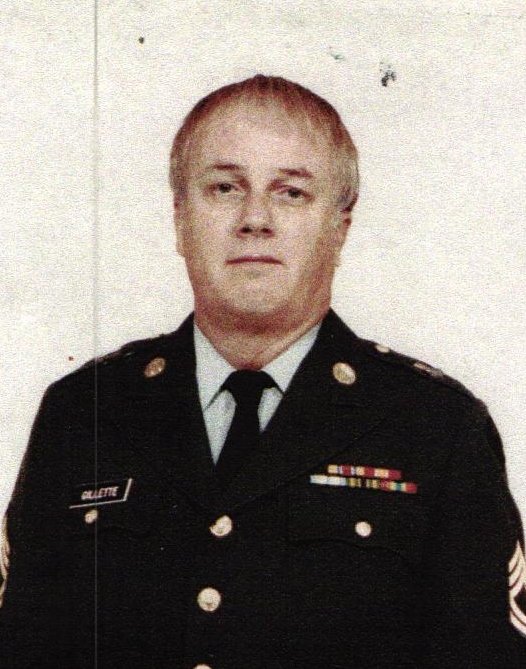 Gillette, Robert (Bob) Louis 74, passed away on July 4, 2018 in St. Petersburg, FL. He was beloved as a son, husband, father, grandfather, brother, uncle, and friend.  Born to the late Russell and Helen Gauslin, he was later adopted by Joseph Gillette after the childhood death of his birth father, Russell.  Together Joe and Helen Gillette raised a compassionate and loving man who had a rewarding and beautiful life, cut short by Lewy Body Dementia diagnosed over 10 years ago.

Bob was born in Detroit, MI on January 25, 1944 and moved to Florida at a very young age where he stayed the majority of his life.  In 1972, he witnessed the gift of life in his blonde daughter, Jennifer Marie Roberts.  Outdoors, loving life, playing games went by too quickly as before long, he was walking her down the aisle as a beautiful bride.  Who can possibly describe that love between a father and a daughter??    Then, after marrying Kathryn Johnston in 1979, he was blessed again in 1982 with a spunky young son, Russell (Russ) Joseph Gillette.  Camping, boating, hiking, (an attempt) at fishing, and a few too many stiches and car accidents followed in rapid fire fashion.  How do you explain the “driving” accident of an 18 month old son??   Bob loved these kids and took so much pride in them and their beautiful families.  It will be Jennifer and Russ’ special privilege to have witnessed how to parent, how to love, how to show compassion and how to have fun in the outdoors. These are traditions and traits they both carry on today with their own families.

The love of his life was his red-headed wife, Kathryn.  They met on a blind date at a Florida State basketball game (Go Noles!) and life was never the same again!   Without him, Kathryn would not have had the yin to her yang; she would not have had the ping to his pong. She would not have had his calm rationale thinking to her spontaneous ways.  And, without him, she knows she would not have been the complete parent or have the professional success that he afforded her through the generosity of his time and belief in her.  Bob was car pool driver, home room Dad, a perfect co-parent before it was popular.  Bob was immensely proud of Kathryn as a wife, mother, and careerist and never failed to tell her.  He loved her intently and never waived from that love.

Bob’s career was one of giving back – he earned his first master’s degree at Florida State University in Vocational Rehabilitation and later earned his Master’s in Social Work at the University of South Florida.  He spent his career improving the life of those he served from individuals needing vocational training after an injury, to abused children, to foster care and ending his career as a school social worker.  He furthered his commitment to children by later becoming a Guardian ad Litem in retirement. Bob’s career touched many lives in a profound way and always at their individual time of need.

Bob’s medical journey has been a long one and the family wishes they could thank all the many individuals who walked along with path with the family.  Loving thanks and special recognition goes to our longtime family friends, Charliene and Linda Lemon-Steiner who loved Bob and gave us some of the most fabulous gourmet meals of our long friendship – and, Bob loved to eat! -  along with being our travel companions here and abroad.   We wish to thank the many professionals who have become friends and have supported us.  A loving thanks goes to our long term care manager, Sue Lewis from Easy Living, who held our hands through this journey and made us feel like we were her only client.  His last personal caregiver, Vicky Whitaker, loved him and tenderly provided the most personal details of his daily care.  Vicky was his guardian angel.  Many thanks to the facility staff and Administration of Arden Court of Seminole and  Masonic Home of Florida where he spent his final week in skilled nursing, and to the amazing staff of Empath Suncoast Hospice.   Abundant thanks to his personal physicians, Dr. Amanda Smith of the USF Health Byrd Alzheimer’s Institute and his PCP, Dr. Mark Eischenbaum of St.Petersburg, FL.   Without the guidance of Mary Ann Frost, PhD., it would have been even harder to walk this debilitating physical path with Bob.  Our family was so fortunate to have been surrounded by friend, professionals, clinical experience, knowledge, love  and compassion for these many years.

Bob’s final act of giving back includes a donation to the Florida Brain Bank in the furtherance of science.  He is now resting peacefully at the cemetery of his choice, Sarasota National Cemetery.    He was so very proud of his retirement from the US Army Reserves as a Sargeant First Class.

Bob is preceded in death by his birth parents Russell Gauslin and Helen Gauslin Gillette, and his father, Joseph Gillette, his sister Helene Jaskowiak and his mother and father in law, Eleanor and Raymond Johnston.  He undoubtedly was greeted with wags and sloppy kisses from the many loved dogs and cats that had the good fortune to be in the Gillette household.  He can now continue to enjoy the best of his favorite dessert, ice cream, in the absolute peace and comfort provided by our Loving Father.

Funeral services will be at St. Raphael’s Church on Tuesday, July 10, 2018 at 10AM. The family wishes that donations in lieu of flowers be made, in Robert’s name, to the Lewy Body Dementia Association or the Guardian ad Litem Foundation of Tampa Bay 14250 49th Street N, Suite 4000
Clearwater, FL 33762 or www.herotoachild.org.

To send flowers to the family or plant a tree in memory of Robert Gillette, please visit Tribute Store
Tuesday
10
July