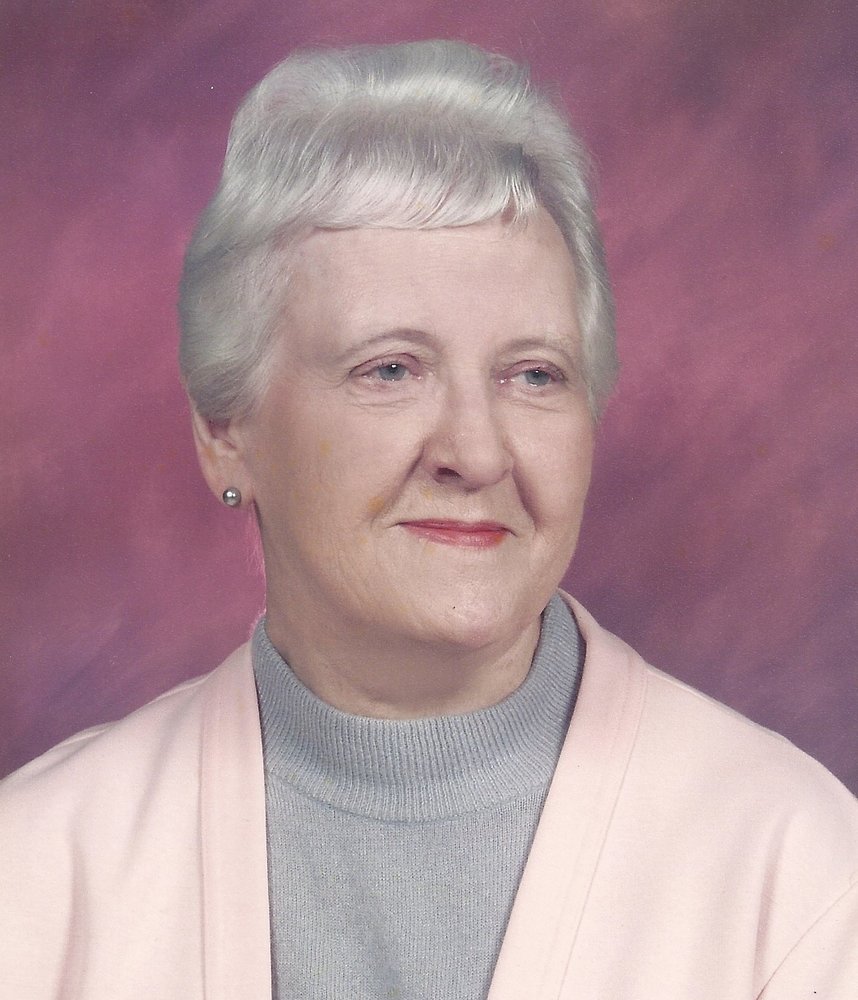 Nancy entered into eternal life on July 17, 2018. She is survived by her children Thomas(Maia) and Patricia(Barbara), grandsons Zachary and Matthew.

Nancy was born on August 27, 1930 in Corning, NY to Earl and Lois Stevens. She spent a good deal of her adolescent years in Corning, Jamestown and Elmira, NY. Also Erie, PA. Nancy was surrounded by love from her parents, grandparents, aunts and uncle. Her father enlisted In the USN at the start of WWII which resulted in moving around frequently. In the 1940's they were transferred to Miami and soon after they moved to St. Petersburg. Nancy attended St. Petersburg H.S.. She was a member of the Latin Club and the National Honor Society. In 1948 she attended Florida State University where she completed a degree in Art/Art History and graduated in 1952. She used those skills to become an exceptional Draftswoman. She was one of very few women in this field. Nancy perfected that craft for over 30 years. She worked at the TVA in Chattanooga, TN where in later years we found out that she was one of a few people cleared by the CIA to draft troop movement maps for the military. She worked for the City of St. Petersburg and a few of the surveying companies around St. Petersburg, always a dedicated employee bent on perfection. Her Art degree also helped her become a docent for the Salvadore Dali Museum in St. Petersburg.

Nancy was a member of St. Bartholomew's Episcopal Church for close to 60 years. There she was a member of the Vestry( the President of numerous times) Altar Guild and choir. She also became involved with the church's food pantry program. She was a lifelong Florida State Seminoles football fan. Her love of baseball resulted in her becoming a Rays fan. Subsequently she would attend many games along with her family.

In the 1980's she, along with Norman, became active in the St. Petersburg Little Theater. She shied away from the acting part but put her heart into stage decoration. She also produced a play during her time there as well as holding the position of President. She received many awards for her dedication and service.

Nancy and Norman divorced in 1990 but remained friends which resulted in many wonderful family get-togethers for years to come. She retired in 1990 and slowly started taking care of her mother which she did for almost 20 years.

During the last 7 years Nancy fought her final battles with cancer. She beat it 3 times during her lifetime. The 4th and final time was hard but she dealt with it as only she could, with grace. She passed with dignity and on her own terms.

Our mom was a strong, independent woman who loved her family. She let us learn from our mistakes and was a supportive force in our lives. She was  thoughtful, graceful, and a forward thinker. She was an amazing woman and as I have heard over the last few weeks, she made a positive impact on many peoples lives. We will miss her dearly and carry her memory forever in our hearts.

A memorial will be held August 25, 2018 at St. Bartholomew's Episcopal Church in St. Petersburg, FL at 11 a.m. In lieu of flowers please donate to the church or the St. Petersburg Community Theater.

To send flowers to the family or plant a tree in memory of Nancy Knuckey, please visit Tribute Store