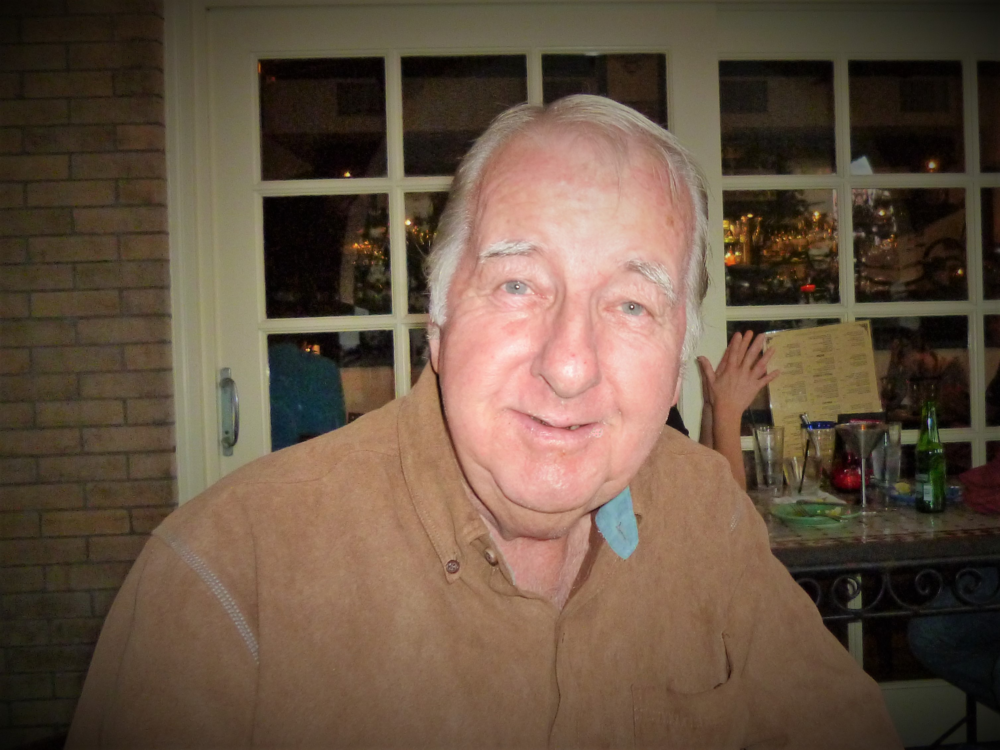 Edward Jr. was born to Edward and Esther Inglesby during a thunder storm at 5:56 in the morning on October 28th, 1939.  The theatrical entrance probably amused him and created a lifelong passion for hijinks and laughter which he shared with family and friends and passed on to his children and grandchildren for the next generations.  He matched wits with his twin sisters Connie and Carol and developed a love of words, especially puns, to the delight of his father and fellow punster, Edward Senior ,who practiced law as an attorney in Merchantville, NJ.  His mother Esther, was a distinguished artist and her work still hangs in the historical museum of Camden New Jersey.

After graduating from Merchantville High School, Edward enlisted in the Marine Corps where he served overseas in Okinawa and developed a taste for Oriental cuisine and culture. When honorably discharged as a PFC in 1959, he enrolled at  St Francis College in Loretto PA where he delved into Pre-law and Latin as the source for words and his beloved “puns”.  A gifted wordsmith, he enjoyed literature, poetry, philosophy and classical music.  His poem: “Pay Your Fare” was selected for the National College Review of Student Literature during his Sophomore year and provided insight into his wry humor and sardonic world view.  He embraced the restless spirit of Jack Kerouac and the Beat Generation loving sport cars and road trips with friends especially to his favorite destination, Florida. Ironically, when he married his wife, Audrey McClay, in 1966, his mother gave the young couple an all-expense paid trip to St Petersburg, Florida, which she had won at the local Mall. The honeymoon turned out to be a harbinger of fate since soon after graduating from LaSalle University in 1968, he was accepted into Stetson Law School in Gulfport, FL. Once again, Edward headed down the highway in his yellow convertible with a wife, three children, a cat and U-Haul in tow but ready for a new adventure.

While studying for the legal profession at Stetson, Edward could not help but notice the Florida Housing Boom which was in full swing in Pinellas County during the 1970's.  He soon threw caution to the wind and forged a successful  career in all aspects of the industry including sales, construction, development, insurance and appraisals.  His career spanned forty years and his enthusiasm never waned until diagnosed with Dementia in 2013.  Even then, his wit and word play prevailed until his final illness and death on Sunday, July 29th at Suncoast Hospice surrounded by his loving family.

Friends and relatives are invited to join in Edward's Life Celebration on Friday, August 10th from 5-8p.m. at the Anderson McQueen Funeral Home, 2201 Dr. Martin Luther King Jr. St, St Petersburg. A Mass of Christian Burial will be held at 10am on Saturday, August 11th at Blessed Trinity Catholic Church, 1600 54th Ave, South followed by interment at Woodlawn Memory Gardens.  In lieu of flowers, donations to research on Dementia and its cure are gratefully acknowledged.

The following is Edward's poetic view on this last adventure of life:

Death erases life as if it hadn't been

but every act in the play is seen

These fleeting pleasures of sin you enjoy

Remember your soul is forever and ever

The one thing of value not a toy

Dwell on the truth now my friend

Do you intend to amend near the end of your stay

Though you not know the hour or the day

Would you have us believe you've a trick up your sleeve

When on life's tour, pay your fare.

To send flowers to the family or plant a tree in memory of Edward Inglesby Jr, please visit Tribute Store
Friday
10
August