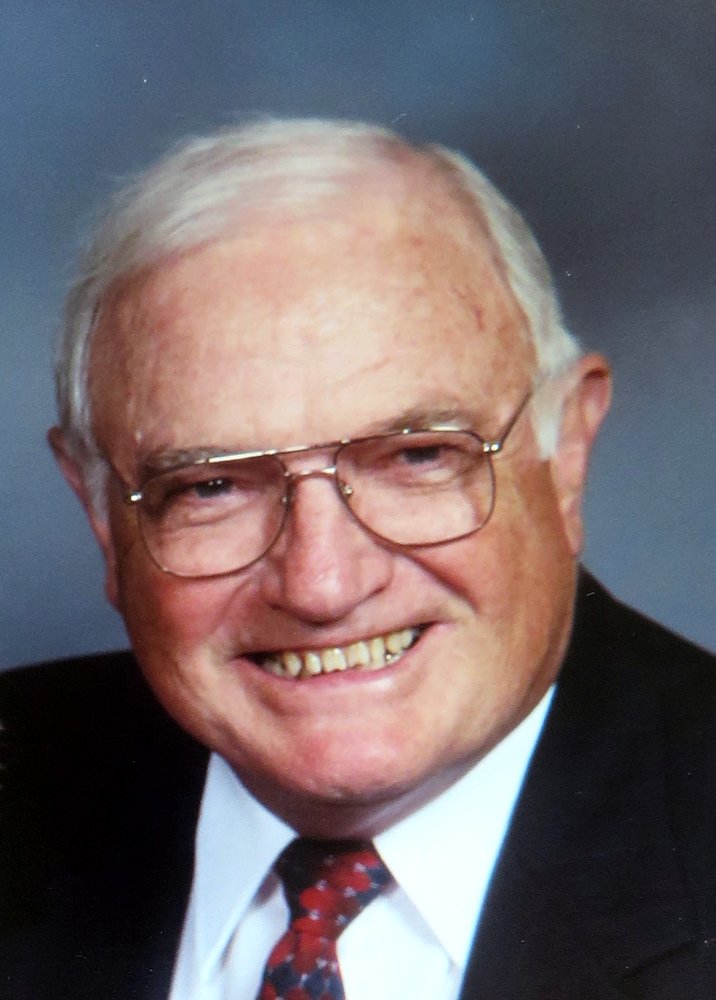 Edward William Gately passed away on October 7 at his home in Saint Petersburg Florida.

Born on July 17, 1928 in Jersey City, New Jersey to John and Elizabeth Gately, Ed was the seventh of eight children. After the passing of his mother at age eight, his grandmother helped raise him. With her support, he became the first high school graduate in his family and went on to earn a bachelor’s degree at Rutgers University.

Drafted during the Korean War, Ed served in the U.S. Army as part of the Allied Occupation force in Germany after World War II. In Germany, he was on the front lines of the newly started Cold War where he served as security for deliveries to and from Berlin, which was deep in the Soviet-occupied zone. The passing of his grandmother brought him home early from Germany. His remaining service time was completed in New Jersey.

On February 14, 1953, Ed married his beloved Joan Schwarze at Zion Evangelical Lutheran Church in Jersey City.  In the early 1960s, Joan and Ed moved to Teaneck, NJ where they were blessed with two children, Gregg and Laura.  Ed and Joan’s marriage was a testament of the bond of love they felt for each other. They remained together for 61 years and were only separated by Joan’s passing in 2014.

Ed began his work career at an early age at a watch strap factory. He worked at a supermarket and a bank before becoming a production manager at Inland Steel, later Van Leer. After retiring as a production manager, Ed found his way back into banking by working at Banker’s Trust at Harborside Financial Center in Jersey City. Outside of work, Ed served several years as Sunday School Superintendent at Gloria Dei Lutheran Church in New Milford, NJ.

After five years at Banker’s Trust, Ed and Joan finally retired to Mt Pleasant, SC. Ed spent his time gardening, cooking, watching the Mets and Jets, and volunteering at St Paul's Lutheran Church. In 2005, Ed added grandfather to his list of activities with the birth of his first of three grandchildren.  Eventually, Joan and Ed relocated to St Petersburg, FL to be closer to their grandchildren.

Ed is preceded in death by his wife of 61 years, Joan Gately, and his seven brothers and sisters, Grace, Catherine, John, George, Beatrice, James, and Elizabeth.

Services will be held Saturday November 3rd at Anderson McQueen, 2201 Dr. M.L. King St. N. St. Petersburg, FL, beginning at noon. After the service there will be a repast at the pavilion in the Caya Costa Community at the end of 78th Ave N, St. Petersburg, FL.

Memorial donations in lieu of flowers may be made to wheelchairs4kids.org or floridaelks.org, organizations which have supported his youngest grandchild.

To send flowers to the family or plant a tree in memory of Edward Gately, please visit Tribute Store
Saturday
3
November