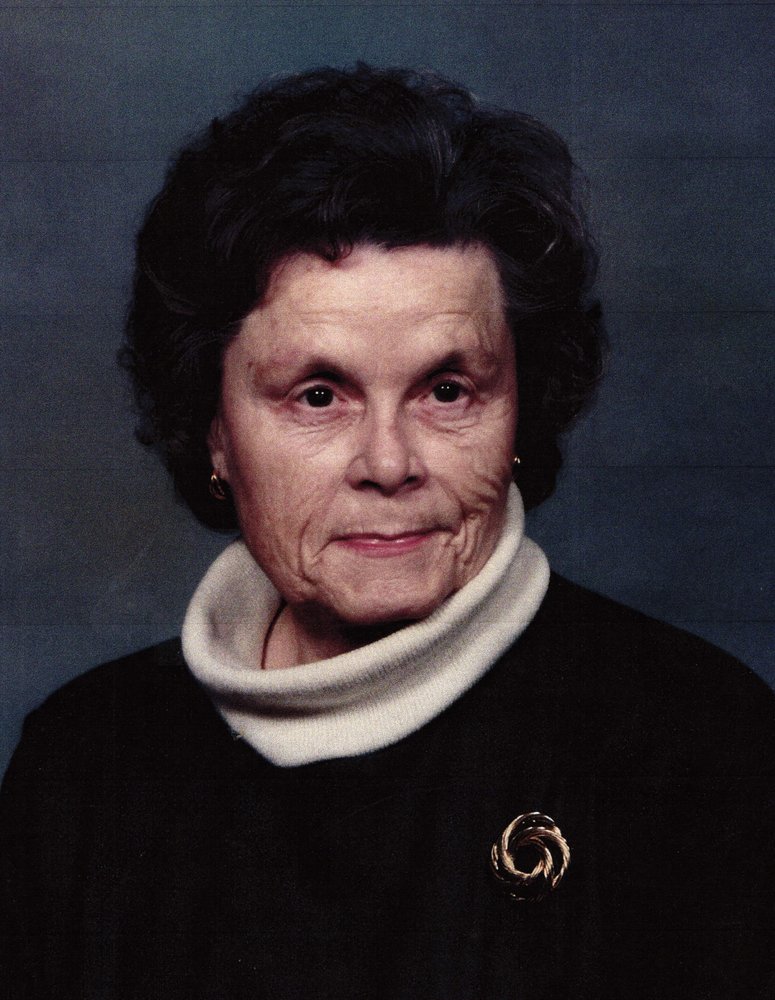 Judith Martin LeVan passed away peacefully on October 12, 2018 at the age of 97 in Saint Petersburg, FL. Born in South Hanson, MA to the late Lorena and Sidney Martin, She moved to Arlington, MA where she grew up with her sister and two brothers. After graduating high school, she went to work for her fraternal grandmother at the East Cambridge courthouse. In 1942, she met a young sailor from Dubuque, Iowa and the wartime romance turned into a marriage of 50 years.

Throughout her life, Judy was devoted to her family and her faith. She moved to Marlboro, MA where she raised her three sons. Judy and her husband were tireless volunteers at the Holy Trinity Episcopal Church in Marlboro. She served in many capacities including vestry member, lay reader, teacher and participated at many functions at the church. Judy was also very involved in and Convener for the Episcopal Diocese of Massachusetts - receiving the Bishop's award for her work with the Diocese.

She and her husband founded the American Field Service chapter at Marlboro High school which is an organization dedicated to providing Foreign students a year long experience in the United States. One of these students from Thailand spent a year with them.

As her children became more independent, Judy decided to pursue college and a career in teaching at Marlborough High School.  She earned a degree in English at Framingham State College and later two Master Degrees from Assumption College in Education and Clark University in Childhood Development creating a nursery school lab, which became a pioneer program through the US.

Judy was a member of the Society of the Companions of the Holy Cross and led many theological discussions at the society’s retreat house Adelynrood in Byfield,  MA.

She was an accomplished rug hooker studying in the Pearl MacGowan tradition. Her pieces were often singled out for color and creativity. She taught rug hooking for ten years and hooked many beautiful rugs, pillows and wall hangings that now adorn her family’s homes.

Judy was an avid reader and had a desire to learn. She purchased and read all the great books especially the Bible, which she read cover to cover.

In 2005, she relocated to Florida to be near her youngest son and oldest grandson who was attending college. She had been a resident of Westminster Palms for the past 13 years. She made many friends at Westminster and participated in the activities and events held for the residents. Judy especially enjoyed the city of St Petersburg and long walks along the ocean.

In lieu of flowers, memorial donations have been asked to be made to Westminster Palms and Suncoast Hospice. There will be a funeral service at Cathedral of St. Peter 140 4th St N. St. Petersburg, FL 33701 on Sunday, October 28th at 1 pm with a graveside service at Evergreen Cemetery in Marlborough, MA on Saturday, November 3, 2018 at 11am. Following the graveside service, family and friends are invited to a collation at 643 Old Bedford Road, Concord, MA 01742.

To send flowers to the family or plant a tree in memory of Judith LeVan, please visit Tribute Store
Sunday
28
October

A reception will be held immediately following the funeral service at The Cathedral Church of St. Peter

Share Your Memory of
Judith
Upload Your Memory View All Memories
Be the first to upload a memory!
Share A Memory
Send Flowers