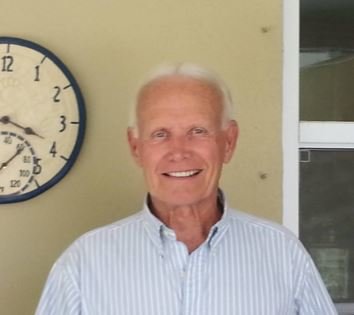 John Robertson Jr. 79, of St. Petersburg Florida passed away January 2nd, 2019. He was born in Royal Oak, Michigan on June 26, 1939. He graduated from Michigan State with a Bachelor in Science, and he received his Masters Degree from Florida Atlantic University. He is preceded in death by his parents, John and Wilma Robertson. He is survived by his children, John Robertson III, Kelly Culpepper, Krista Lyn Harris (Elliott Harris IV), Stacey Sauvageot (Jason Sauvageot) and his grandchildren, Owen Sauvageot, Cole Sauvageot, Hayden Harris and Elliott Harris V. John was a teacher early on in his career and was qualified to teach K-12. He worked many years for Patio Pools, and even after retirement, he still helped to design and build pools.  John was an avid weight lifter and body builder from a young age and worked out regularly. He was a classic car fanatic who most often would be found tinkering with one of his many cars. Throughout his lifetime he had 63 in total. He enjoyed summers in Bramwell, West Virginia and spending time with his family.  He was a good man, with many friends and a loving family who will miss him very much.  Rest in peace Pop’s. John’s memorial service will be held at Anderson-McQueen Funeral Home, 2201 Dr. MLK Street North St. Petersburg, FL 33704, on January 10th at 6 P.M Est. John loved his dogs. In lieu of flowers, memorial donations may be made to American Society for the prevention of cruelty to animals.

To send flowers to the family or plant a tree in memory of John Robertson, Jr., please visit Tribute Store
Print
Share A Memory
Send Flowers