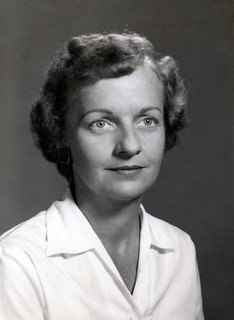 Obituary of Helen B. Lipscomb

Helen Lipscomb was born in Jacksonville, Illinois, but lived most of her life in St. Petersburg, and for a time, in Tallahassee, Florida. Helen’s mother and father, Harry and Helen Buland, were early 1920’s settlers in Pinellas County, and were well known for their contributions to education and sports in the Bay Area.  Her mother, Helen Buland, was local school principal, and her sister, Betty Zeiler, owned the Corey Avenue Five and Dime along with her husband Bill Zeiler. Helen graduated from St. Petersburg High School. She earned her undergraduate degree from the University of Tennessee, her Master’s degree from University of Maryland, and a doctorate from Florida State University.

Helen was an alumna of Alpha Delta Pi sorority, and was a past president of Tallahassee’s Compass Club. She was also an active member of the Alpha Kappa Chapter of the Delta Kappa Gamma Society International, a group composed of leading women educators.

Helen’s son John and her daughter Carolyn had pre-deceased her, as had her longtime life companion, James Fling. Her daughter in law Linda Lipscomb, lives in California.

Helen leaves behind many dear relatives and friends. She is survived by her grandchildren and their spouses, including Christopher and Melissa Davis (Orlando), Cindy and Tracy Davis (Tallahassee), John Lipscomb, Jennifer Lipscomb and fiancé Kurt Stenzel , all of California, and Stephanie Lipscomb Teterycz of Illinois. She also had four great grandchildren, Chase Davis, Garrett Davis, Katie Davis, and Saskia Teterycz. Helen is also survived by her two nieces and their spouses, Helen and Paul Maxson and Jean and Russell Carpenter and their children as well. Helen spoke almost daily to her beloved friends, Betty Allen and Betty Jane Valentine, who survives her in St. Petersburg.

To send flowers to the family or plant a tree in memory of Helen Lipscomb, please visit Tribute Store
Saturday
19
January