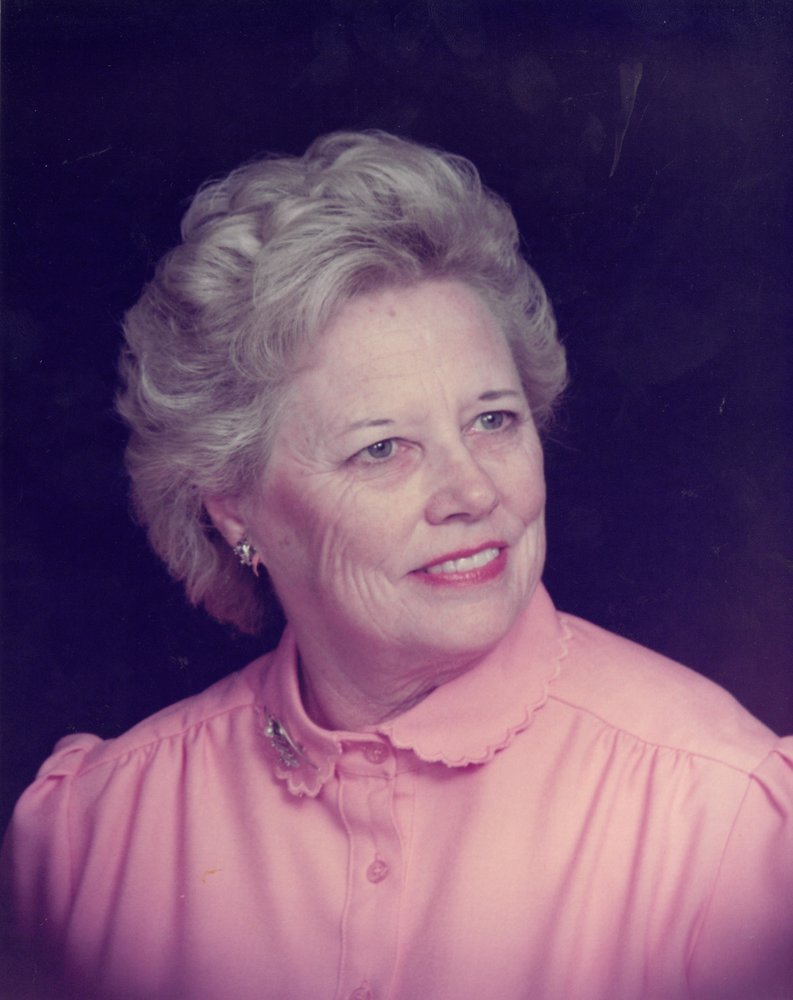 Winning, Mary Margaret Brooks beloved wife, mother, grandmother, great grandmother and community leader died Sunday, July 7. 2019 after a brief illness. Mary Margaret Brooks was born Dec. 11, 1924 to John and Joyce Weaver Brooks in St. Petersburg. The couple had moved to St. Petersburg earlier that year from Detroit at the request of Mrs. Brooks father T.L. Weaver.  Weaver, the president of the thriving Pinellas Lumber Co., had bankrolled a group of businessmen who were building a greyhound racing track in the Gandy Boulevard section of Pinellas County later to be named Derby Lane.  Mary Margaret was less than a month old when the St. Petersburg Kennel Club officially opened on Jan. 3, 1925. Her entire life has been entwined in the history of the track. In the early days they tell the story that they heard a rumor Derby Lane was going to be robbed so to keep the money safe they hid it under Mary Margaret in her bassinet. As a child she passed out trophies to winning greyhound owners and as an adult she was the gracious hostess for countless parties given for the wives of St, Louis Cardinals and New York Mets when the teams were in St. Petersburg for spring training. Her grandfather, father and currently her son Richard Winning, have served at the helm of the track. Her pet dogs were always Italian greyhounds. As the only child of the Brooks, Mary Margaret lived an idyllic life in St. Petersburg. She attended local schools from North Ward Elementary to Mirror Lake Junior High and St. Petersburg High School. She graduated from Marymount College in Tarrytown, NY.  In 1945, she made her debut at the annual Debutante Ball. After college she came home and joined the staff of John Baldwin who was among the first to bring couture fashions to St. Petersburg. In 1950, she married Richard (Dick) Winning who had come to St. Petersburg from New Jersey to work in automobile sales. Winning later became the Chrysler Plymouth dealer in St. Petersburg and Fort Myers. The Winnings were frequent visitors to Boca Grande where they participated in many fishing tournaments for many years. Mrs. Winning was the International Women’s Fishing Association champion for three consecutive years in Boca Grande for releasing the most tarpon. At other times she had a second and third place finish as well as the weight division. The family was also active in the St. Petersburg Yacht Club . Both Dick Winning and son Richard served as commodores of the club. This year, Mrs. Winning was honored as the person who had been a member the longest. Her love for needle point allowed her and her friend Betty Wittmer to open a needle point store on Beach Drive for many years before moving it to Second Avenue and First Street north. Up until her 90s, she could be found playing golf on Tuesdays with the Women’s Golf Association at the Vinoy Country Club. where she served as President. She spent many volunteer hours as a member of the Junior League of St. Petersburg, She was a longtime board member and supporter of the Girl Scouts of West Central Florida and served on the boards of St. Petersburg’s Pioneer Park, St. Anthony’s Hospital, St. Petersburg  Kennel Club and was a partner in Pinellas Lumber Company. Mrs. Winning was predeceased by her parents John and Joyce Weaver Brooks, her husband Richard Winning and an infant daughter. She is survived by her son Richard Winning (Ada Bussey), stepdaughters Patricia Winning and Pamela Hansen (Russell) ,Granddaughters Andrea Winning (Michael Washick), Alexis Winning (Chris Goodall) and Kimberly Winning and a great-grandson Keenan Washick, She also leaves numerous special cousins. A visitation will be held Wednesday, July 17, 2019 at Anderson McQueen Funeral home, 2201 Martin Luther King St. N. from 5 to 7 p.m. A funeral Mass will be held at St. Raphael Catholic Church, 1376 Snell Isle Blvd NE at10 a.m. Thursday July 18, 2019. A reception to follow at Derby Lane. Memorials can be made to: Girl Scouts of West Central Florida, 4610 Eisenhower Blvd, Tampa, FL 33634

To send flowers to the family or plant a tree in memory of Mary Margaret Winning, please visit Tribute Store
Wednesday
17
July

Share Your Memory of
Mary Margaret
Upload Your Memory View All Memories
Be the first to upload a memory!
Share A Memory
Send Flowers