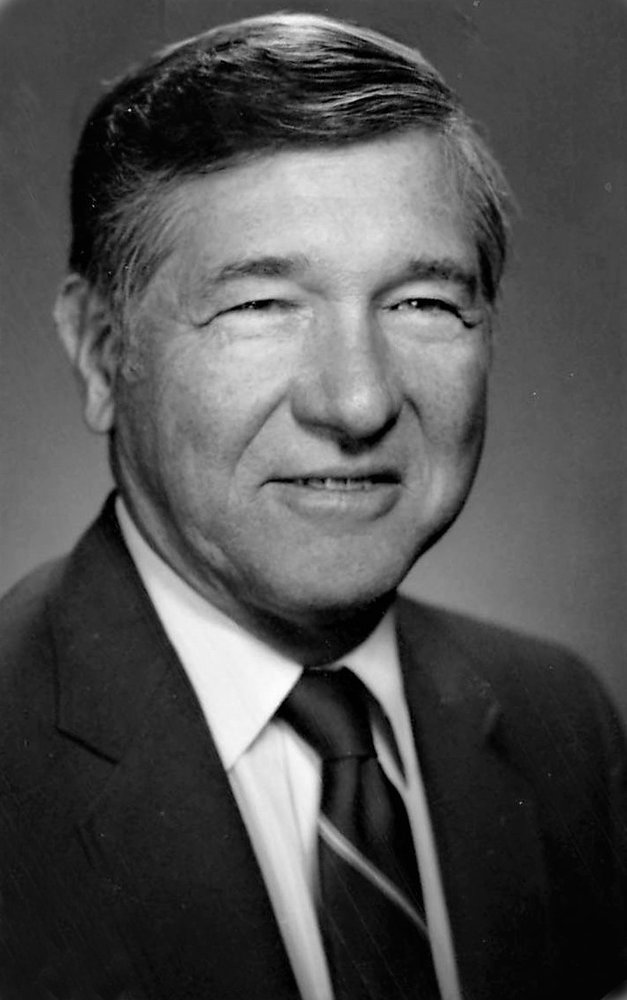 Lee Hansen Scott, age 92, passed away peacefully on August 28, 2019. He was born in Atlanta, Georgia and lived most of his life in Florida.  After graduating High School in Tallahassee, Lee served in the United States Air Force during WWII, and later retired from the Air Force Reserves at the rank of Major.  While in the service, Lee attended Davidson College in North Carolina.  Upon returning home, Lee attended the University of Florida where he graduated in 1949 with a degree in Electrical Engineering.  He was a member of the “Florida Blue Key”, which is the oldest and most prestigious leadership honorary in the state of Florida. Following graduation from the University of Florida, Lee was employed as an Engineer by the Florida Power Corporation in Winter Park, Florida.  There he met and married the love of his life, Margaret Smith.  Lee and Margaret were married in 1951.  In 1958, Lee moved his family to St. Petersburg, Florida, where he continued to work for the power company Lee retired as President, CEO and chairman of Florida Power Corporation (currently Duke Energy) in 1990 after 41 years.  Lee was voted “Mr. Sun” by the Suncoasters of St. Petersburg in 1990.  He also served in many other civic organizations including as chairman of Pinellas United Way, Committee of 100, Red Cross, Junior Achievement, and president of the Florida Chamber of Commerce.  Lee was also named “Who’s Who in America” and received an Honorary Doctorate Degree from Webber College in Florida.  He served for many years as an Elder in the Presbyterian Church in St. Petersburg. Lee was an avid golfer and enjoyed playing at the Vinoy Country Club, St. Petersburg Country Club (formerly Lakewood Country Club), Laurel Ridge Country Club and the Waynesville Country Club in North Carolina, where Lee and Margaret spent their summers for 25 years.  Lee was also a fan and supporter of the Florida Orchestra.  As a couple, Lee and Margaret enjoyed travelling extensively, both throughout the United States and abroad with perhaps the highlight being a trip around the world on a charter French Concorde. Lee is survived by his wife of 68 years Margaret Smith-Scott; sons Brad (St. Petersburg) and Randy (Miami); five grandchildren, Brad Jr., David, Lauren, Lee James, Kelly; and eight great-grandchildren (Tyler, Mikayla, Carter, Kylie, Dahlia, Nya, Sabastian, Christian). Lee will be missed by many dear friends and his extended family. Funeral Services will be Friday Sept. 6th at 10AM at First Presbyterian Church 701 Beach Drive N. E., with a private interment in Winter Park, Florida. Anderson McQueen Funeral Homes.

To send flowers to the family or plant a tree in memory of Lee Scott, please visit Tribute Store
Friday
6
September

to be held privately in Winter Park, FL

Share Your Memory of
Lee
Upload Your Memory View All Memories
Be the first to upload a memory!
Share A Memory
Send Flowers