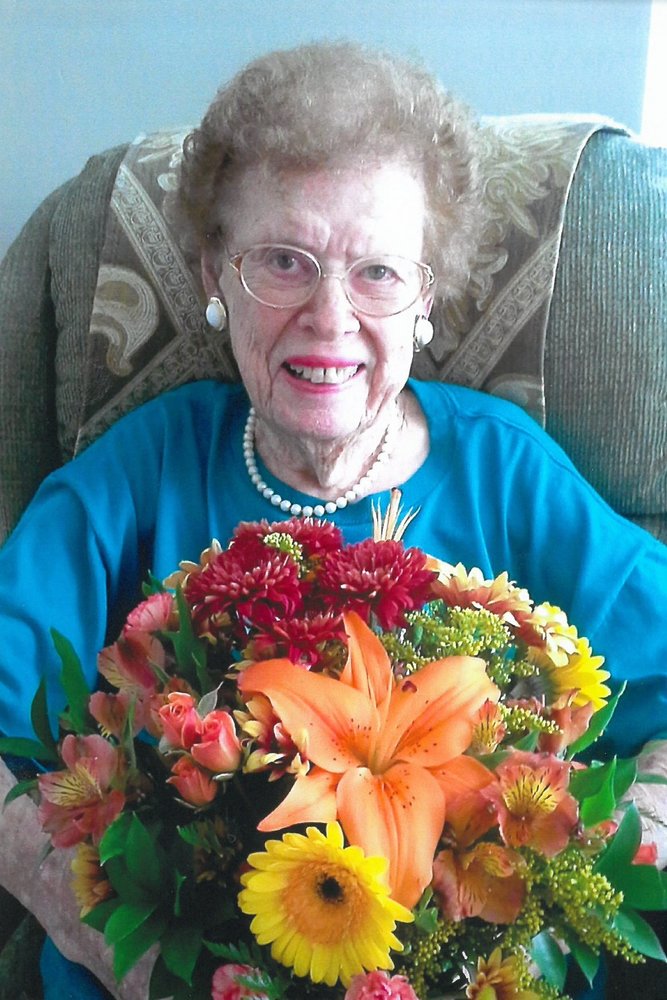 Marshick, Esther Marie Haeseker, 103, of St. Petersburg, FL, peacefully passed away on Wednesday, September 4, 2019.  Esther was a unique and remarkable woman who touched many lives. She will be truly missed by all who knew and loved her.

Esther was born to the late Roy and Lillian Zinsley Haeseker on October 6, 1915, in St. Petersburg, FL and was a lifelong area resident.

Her husband, Edwin P. Marshick, whom she married July 12, 1940, passed away January 22, 2004 after 63 years of marriage. In 1942 while Ed was serving in the U. S. Army during World War II, Esther traveled with him to Detroit where she worked in the defense plant for a year and a half. She also worked in the Base Tool Crypt in California and the Army Depot in Texas. Esther returned to St. Petersburg when Ed was deployed to Hawaii.

Esther taught at Euclid, West Central and Northwest Elementary Schools.  She retired in 1981 but continued in contemporary education, teaching small groups until 1989. Because of Esther’s love and dedication to education and children, she taught a total of 49 years in the Pinellas County School System. In 2004, in memory of her late husband, Edwin, she established the Edwin P. and Esther M. Marshick Scholarship Fund at St. Petersburg College.

During summer vacations and after retirement, Esther traveled widely, visiting every continent except Antarctica. One of her and Ed’s most interesting trips was across Asia and Europe on the Trans-Siberian Railway visiting ten countries in 46 days. Esther continued to travel even in her 90’s with numerous trips to Walt Disney World, Las Vegas, St. Augustine, New England Fall Foliage Tour, along with two hot air balloon festivals in Houston, TX and Albuquerque, NM. Esther’s wish was to live long enough to be a passenger on a trip to outer space.

Esther was a member of Trinity Lutheran Church, Woman’s Service League, and a life member of South Pinellas County Retired Educators’ Association. Esther also served on Residents’ Council, and the Dining Committee at Palm Shores, now Westminster Palms where she lived independently until she was 102 years old.  She will be remembered for her quick wit and sense of humor. She was an avid reader and tennis player.  Her love of animals was displayed daily in her attire.

Besides her parents, she is preceded in death by her husband, Edwin; a brother, Harvey Haeseker and two nieces, Jean Evans and Nancy Haeseker.

A gathering of family and friends will be Sunday, October 6 on Esther’s 104th birthday from 1 – 3 p.m. with a service to follow at 3 p.m. at Anderson McQueen Funeral Home, Northeast Chapel, 2201 Dr. M.L. King Street North, St. Petersburg, FL 33704.  Interment and Final Resting Place will be Royal Palm Cemetery South.

In lieu of flowers, memorial contributions may be made to donor’s favorite charity or Trinity Lutheran Church, 401 Fifth Street North, St. Petersburg, FL 33701.

To send flowers to the family or plant a tree in memory of Esther Marshick, please visit Tribute Store
Sunday
6
October

Share Your Memory of
Esther
Upload Your Memory View All Memories
Be the first to upload a memory!
Share A Memory
Send Flowers