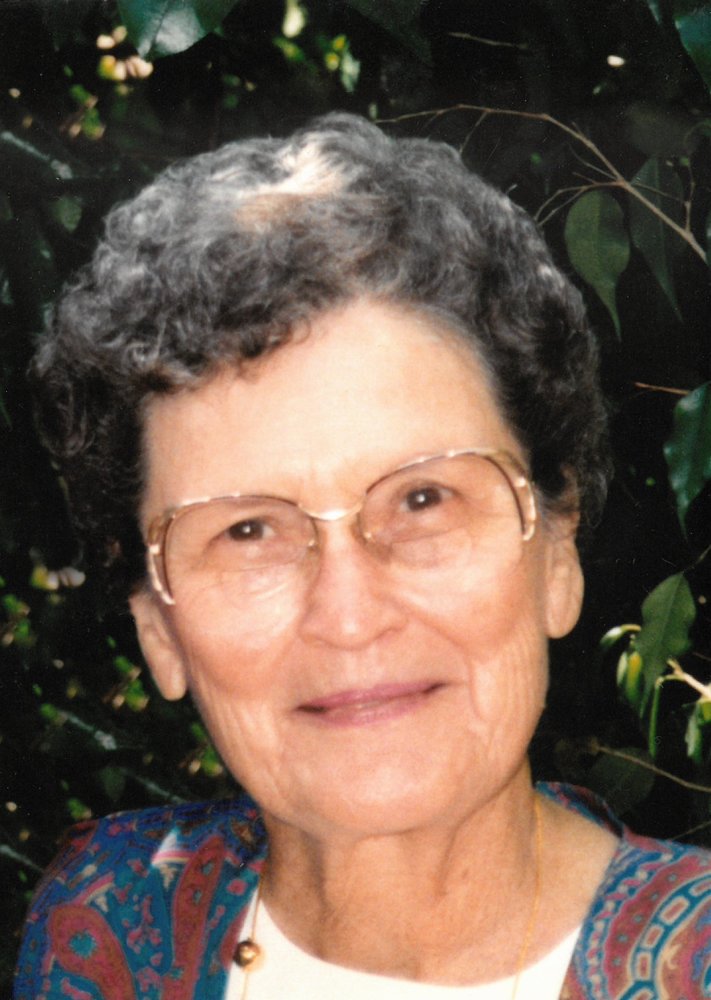 Betty Jane (Scott) Sexton, 100, died Thursday, September 19, in the Health Center of Westminster Palms Nursing Home in St. Petersburg where she had been lovingly cared for since January of this year. Prior to that, she had been on the assisted living floor where she was recipient of many acts of care and concern from the staff. She was born Betty Jane Scott on December 22, 1918 in Lockman, Iowa, the third of five sisters and one brother born to William Sandford Scott and Erville Forrest Baird. After Betty's birth the family moved to Albia, Iowa, in one of the most pristine and productive farm areas in the Midwestern United States. Betty graduated from Albia High School and Albia Junior College where she received a secretarial degree which led to her first job as secretary to the Albia High School principal. It was there she met and married the head football and basketball coach, John M. Sexton. The couple moved to Des Moines, Iowa shortly thereafter as Coach Sexton became head coach at Valley High School. It was during that time their daughter Suzanne was born in 1939, followed in 1942 by their son, John Dennis. Dennis soon proved to be severely asthmatic and the family was advised to move to a warmer climate. A short stint to St. Petersburg, Florida as head football coach in 1943 was interrupted by John's World War II Army service. Betty returned to Iowa with the children for the duration of the war. The family returned to St. Petersburg in 1945 and John resumed the head coaching position at St. Petersburg High School. Betty was undaunted by post war shortages and the lack of a family automobile, walking her children to and from school daily and church on Sunday,, as well as shopping at the small neighborhood grocery store. The walking remained a major part of her life until she was well into her 90's. In 1948, John was Principal of Southside Junior High School and in 1954 became the first Principal of Northeast High School. Betty continued raising her two children and also began an impressive commitment of her own to the St. Petersburg community. She served terms as Chair of the Girl Scout Board; Chair of Women of Rotary; Chair of Women's Service League; President of the Florence Crittendon Board as well as active involvement in the Children's Home Society, All Children's Hospital Guild and Museum of Fine Arts. She also accompanied her husband on a number of national and international meetings when he served as Chairman of the National Association of Secondary School Principals. On July 1, 1967, her beloved John suffered a massive heart attack the day of a planned trip to celebrate his 40th Albia High School class reunion . He survived long enough for daughter Suzanne, graduate of the University of Florida College of Nursing, to travel from her position as a critical care nurse at the National Institutes of Health in Bethesda, Maryland, and Dennis, also a University of Florida graduate, to travel from his active duty assignment as an USAF officer. When everyone had gathered, John M. Sexton, Betty's beloved husband passed away at 12 o'clock on July 4, 1967. Betty was 48 years of age. The next 52 years of her life were spent devoted to family and friends-new and old. Her sisters --then scattered across the United States-remained close and communicated often. Betty was known by all who knew her as having a special sweet and kind spirit. She laughed early and often. Betty spent much of her final years traveling with family and friends to Ireland, England, the Netherlands, Australia, New Zealand and Canada. She spent her remaining years as a loving mother, mother-in-law, grandmother and friend to others in her Christian walk of faith. She is survived by her sister Billie Jean Farrington (Mrs. Don); daughter Suzanne McKnight of Atlantic Beach, FL. (Col. George G. McKnight, USAF, former Vietnam POW deceased 2019); son J. Dennis Sexton, retired CEO of All Children's Hospital; wife Ginny Moore, St. Petersburg. Grandson: John Michael Sexton; St. Petersburg; great grandson Sean Thomas Sexton (wife Angelica), St. Petersburg; great granddaughter Kathryn Sexton; Madrid, Spain: Grandson Sean Dennis Sexton (wife Fran-allyson; great grandson Alec Noel Sexton as well as numerous nieces and nephews. Funeral services will be private at a later date. Those wishing to provide memorials may consider Pinellas Education Foundation/John M. Sexton Elementary School; Ronald McDonald House/St. Petersburg; and Wounded Warriors Project.

To send flowers to the family or plant a tree in memory of Betty Sexton, please visit Tribute Store

Share Your Memory of
Betty
Upload Your Memory View All Memories
Be the first to upload a memory!
Share A Memory
Send Flowers