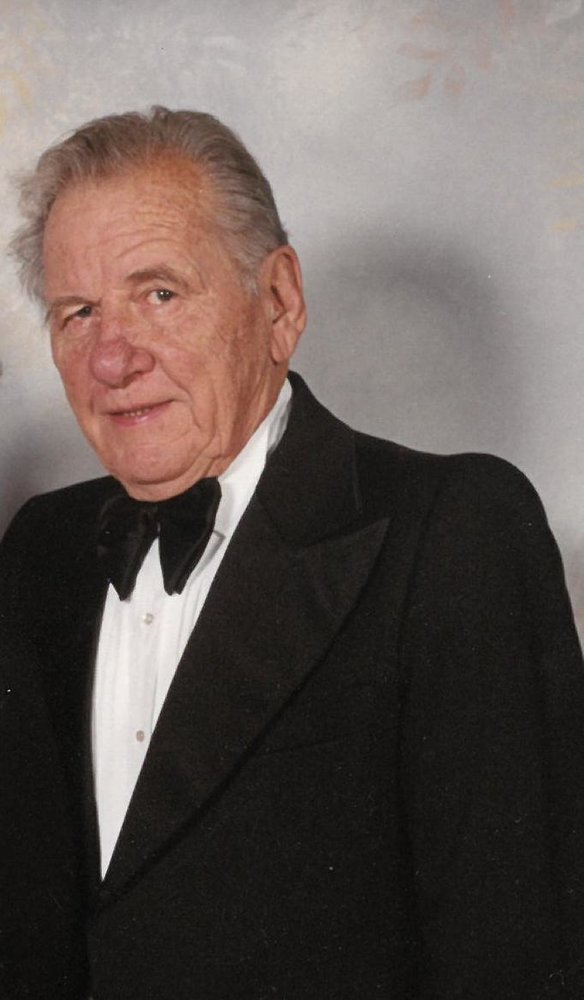 CARROLL, James Elwood (Jim) passed away peacefully at home October 4, 2019 with his loving wife holding his hand. Born in Chester, PA on April 17, 1927, Jim was always industrious as a child with many jobs including delivering singing telegrams for Western Union. In 1942, Jim joined the Navy at the age of 15 because he wanted to serve his country. He was sent to Hospital Corps School and Radiological School and became a corpsman. He was sent to Mobile Hospital #9 in Brisbane, Australia in May 1943 and served on the LST 120 where he was promoted to Pharmacist Mate First Class. He was in three invasions while serving on LST 120: Saipan, Tinian, and Guam and then was transferred back to Philadelphia where he served in Naval Hospitals and was the Liaison Pharmacist Mate at Universities in Philadelphia. He was honorably discharged in 1947 and worked at the VA Hospital, Coatesville, PA and Coral Gables, FL as Chief of the Heart Station; while in Miami he was an instructor in the use of Cardiac Instrumentation at the Univ. of Miami School of Medicine. He worked for the Sanborn Co. which became Hewlett Packard and moved to St. Petersburg as District Medical Supervisor tor Hewlett Packard. In 1968, he formed his own company, Med-Tek SE, Inc. which did sales and service for Cardiac Instrumentation. Jim's service to his community included the Suncoast Heart Association Board of Directors, St. Petersburg Symphony Orchestra Board; the Arts Center of St. Petersburg Board, Science Center Board. After retirement, he was a volunteer cook for the Street Ministry, preparing meals at First United Methodist Church and serving them at St. Vincent de Paul for six years and one of his great joys was ringing the bells for the Salvation Army at Christmas.

To send flowers to the family or plant a tree in memory of James Carroll, please visit Tribute Store
Saturday
12
October