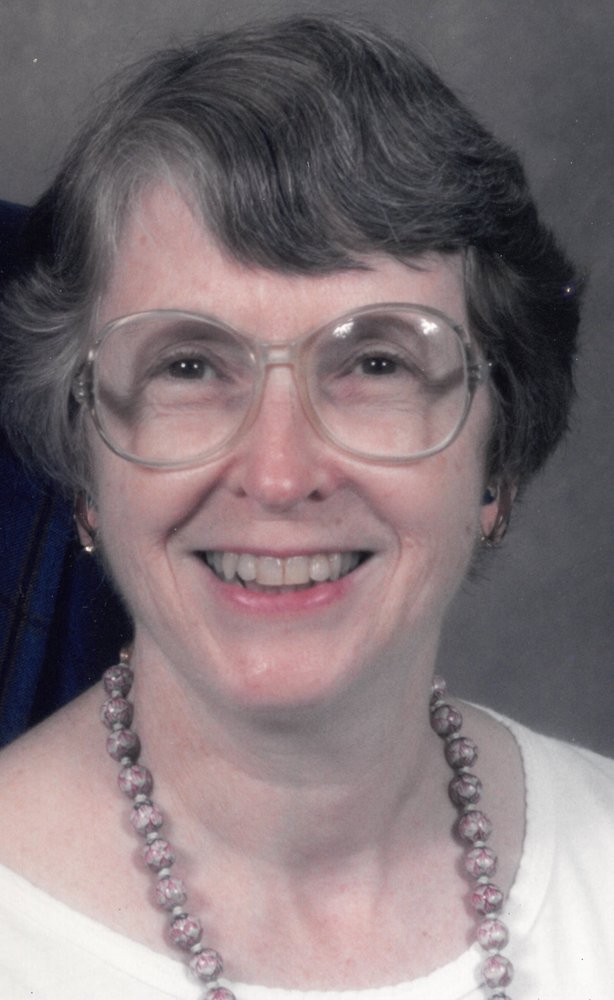 Joan Hollister McKee, 88, of St. Petersburg, Florida, passed away on October 31, 2019 surrounded by her family. Joan was born in Baldwin, Michigan on March 30, 1931 to Howard Hollister, co-founder of the bank that has become Lake-Osceola State Bank, and Elizabeth Kinney Hollister, home economics teacher. Joan graduated from Baldwin High School. Her interests included weaving, bowling, and pottery. The integrated nature of Baldwin and surrounding communities like Idlewild influenced her life perspective and laid the foundation for her lifelong commitment to diversity and civil rights.

Joan was studying Christian education at Union Theological Seminary in New York City when she met William (Bill) McKee. Their first date was at Yankee Stadium, where the magic was such that Mickey Mantle hit for the cycle the only time in his career. For Joan and Bill, it was truly love at first sight. They were engaged nineteen days after they met and married six months later. They enjoyed fifty years of happy marriage.

Joan and Bill lived in Maryland, California, and Ohio before moving to St Petersburg. They enjoyed travel together, taking road trips through most of the United States and multiple cruises, including one memorable trip through the Panama Canal and north to Alaska. Joan loved to visit family in faraway places. When her daughter Peggy moved to Alaska, Joan and Bill bought a Jeep Cherokee to drive from one corner of the country to the other to visit. When her granddaughter Emily studied in Paris, Joan traveled overseas for the first time, and was thrilled when a French teenager asked her (in French) for directions.

Joan demonstrated a lifelong love of learning and teaching. During her career she taught Christian education, public school, and English as a second language. A liberal lioness, Joan did not hesitate to express her convictions. She was a longtime member of Lakeview Presbyterian Church where she served as a Stephen Minister, facilitated an AIDS support group, and participated in the founding of the Johnnie Ruth Clarke Health Center. She was a proud member of ASPEC (Academy for Senior Professionals at Eckerd College), and a faithful member of the Society for Values in Higher Education. Joan continued learning and expanding her interests into her late eighties, keeping up with technology, making jewelry, and writing fiction and nonfiction. Her writing includes flash fiction and poetry, memoirs of her Michigan childhood, and articles on birds for the Westminster Shores community.

Joan touched the lives of everyone she encountered. An amazingly kind individual, she showed a genuine interest in every person she met, asking about their hometowns or aspirations, even up to the day before her death. She will be greatly missed.

A celebration of Joan’s life will be held on Sunday, Dec 22, 2019 at 3 PM at the Blackburn Chapel at Westminster Shores, 125 56th Avenue South, St. Petersburg.

Memorial gifts may be made to one of Joan’s favorite charities:

Gathering of family and fr

Share Your Memory of
Joan
Upload Your Memory View All Memories
Be the first to upload a memory!
Share A Memory
Send Flowers