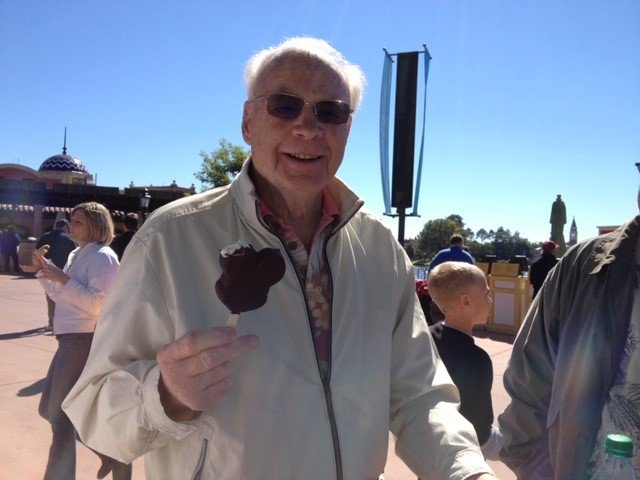 Ronald Stephen Karaisz was born onto us February 6, 1935 and born onto God on February 29, 2020.  Our beloved husband, father, grandfather, great grandfather, brother, uncle, and friend passed away while holding his wife’s and dear friend’s hands.

Ron was the eldest child born to Stephen and Vera in Beaver Falls, Pennsylvania.  He and his high school sweetheart, Marlene, were married April 27, 1957.  They celebrated life and marriage together for nearly 63 years.  Ron and Marlene’s marriage has been an ongoing testament of love to their ever growing family and friends.

Within one week of marriage, Ron was called into the Army.  He served the next 6 months, and then 2 weeks every year for the following five years.  He received an honorable discharge after that time of service as his family had grown with the addition of three sons.

He returned to Duquesne University in downtown Pittsburgh and received a Bachelor’s degree in Business.  He drove to college each morning at 6 a.m., attended college until noon, and then went to sell furniture at Batchelor Brothers from 1:00-9:00 p.m.

After completing his degree, he began his position at Westinghouse Electric in Beaver.  He accepted a job transfer from Westinghouse in 1964 and moved his family including three sons and infant daughter to Livonia, MI.  About a year later, his family had grown to seven with 3 sons and 2 daughters.  He and Marlene still resided in Livonia upon his passing.

Ron, having many mouths to feed and exhibiting an entrepreneurial spirit, left Westinghouse and accepted a top position at a much smaller company, Raycon.  He worked at Raycon for several years until buying Welk-ko Fabricators.  He owned and operated Welk-ko from 1973 until his retirement in 1999.

In 1978, Ron and Marlene purchased a condo in St. Petersburg, FL where they spent their winters.  So many of the families’ memories were created in Florida.  Ron loved golfing and fishing with his kids and grandkids, swimming, and warm weather.  He was a Disney kid through and through and loved sharing the magic of Disney with his kids and eventually grandkids too.

Ron was a remarkable man.  He set very high standards and led by example.  He had a way of making you feel special, welcome and loved.  The house would be filled with family, noise everywhere and he still made you feel like you were the only person in the room.  His words of wisdom, his smirk, his thumbs up of approval, his “dadisms”, and fist bumps were legendary.  He was truly the patriarch of our family along with his equally strong bride by his side.

Ron has gone to his Heavenly Father, but he will always remain here in our hearts.

In lieu of flowers, please send donations to shrinershospitalsforchildren.org or angelahospice.org.

To send flowers to the family or plant a tree in memory of Ronald Karaisz, please visit Tribute Store
Monday
23
March

Share Your Memory of
Ronald
Upload Your Memory View All Memories
Be the first to upload a memory!
Share A Memory
Send Flowers