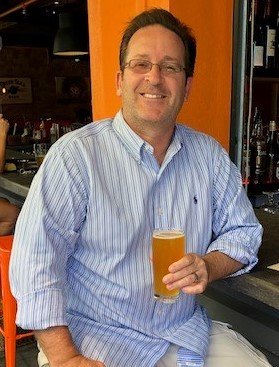 Pape III, Nicholas Francis, age 52, of St. Petersburg, passed away on Friday, March 27th. Due to his father’s military career, Nick was raised in a variety of different places but spent the most time in Aberdeen, Maryland, prior to attending the University of Connecticut. Nick belonged to the Connecticut Alpha Chapter of Sigma Phi Epsilon. Nick loved the UConn Huskies Men’s Basketball team and was an avid college basketball fan. Nick married the love of his life, Charisse, in October 1999 and they lived in several different cities before eventually settling down in St. Petersburg, Florida.

Nick was preceded in death by his father, Nicholas Francis Pape Jr and his grandfather Joseph Brady.  He is survived by his loving wife Charisse Pape; mother Kathleen Brady and her partner Gary Newman; grandmother Barbara Brady; sister Tina (Robert) Carestia and her children Brandon, Justin, and Alyssa; aunt Almeda Pape; sisters and brother-in-law, Laurie, Linda, Lisa and Edward Ramcke; mother and father-in-law Carolyn and Edward Ramcke, who thought of Nick as their own son, as well as many aunts, uncles, nieces, nephews, and cousins.

Nick was a wonderful, caring person who was loved by everybody.  He was kind, gentle, and would give the shirt off his back to anyone in need.  Most importantly, not only was Nick the best husband, but he was an amazing human being.

Due to the current health concerns in our community, a Celebration of Nick’s Life will be held in St. Petersburg at a later time.  Following the Celebration of Life, Nick’s urn will be interred in Connecticut. Dates will be announced once they are determined.

In lieu of flowers, the family suggests donations to the Wounded Warrior Project or your local hospital to help fight the Covid 19 virus.

Share Your Memory of
Nick
Upload Your Memory View All Memories
Be the first to upload a memory!