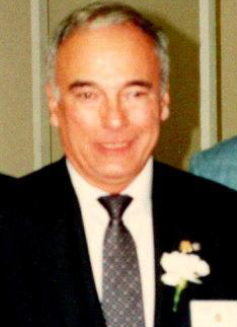 SCOFIELD, James Steve passed away May 23, 2020. With decades of experience to his credit, James led a prolific career as a journalist and a news research executive. He most recently served as a corporate and international strategist in St. Petersburg, Florida, previously finding success at the Tampa Bay Times, formerly known as the St. Petersburg Times. While at this award-winning newspaper, Mr. Scofield served as the news research coordinator from 1985-1992 and the library director ffrom rom 1962-1985. Earlier in his career, he thrived as the president for Florida Suncoast Publications from 1960-1962. From 1956-1960, Mr. Scofield was associated with Hammond City Court in Indiana as an administrative assistant and further excelled as the president of Hoosier Travel Agency from 1954-1957. An avid writer, he gained valuable experience as the Sunday sports editor for the Times of Northwest Indiana, formerly known as the Hammond Times, from 1951-1954, after launching his career as the assistant sports editor for the same paper from 1945-1950. in addition to his primary professional endeavors, Mr. Scofield has contributed his expertise as the chief library consultant for CQ Roll Call, formerly know as Congressional Quarterly, in Washington, DC from 1986-1992, the Orthodox Observer, based out of New York City University from 1970, and the American Press Institute from 1971-1992. Well-regarded for his knowledge, he has further served as a lecturer and a seminar leader in his field. A frequent contributor of articles of professional journals, he also edited "Basic Specifications for a Full-Text On-Line Automated Newspaper Library System," in 1980. Mr. Scofield was drawn to a career in journalism because of his love of sports and history, passions that served him well throughout his career. Prior to embarking on his professional path, he served with the U.S. Navy from 1950-1951, after serving, the U.S. Navy Reserve from 1948-1950. He subsequently attended the University of Illinois, where obtained his Bachelor of Science with honors in journalism in 1954. To continue to stay up to date with changes in his industry and further explore his interests, Mr. Scofield was a member of the Society of Professional Journalists, and the Special Libraries Association. The son of a Greek immigrant, he formerly promoted his rich heritage as the Supreme President of the American Hellenic Educational Progressive Association. In recognition of his contributions to his industry, profession, and community, Mr. Scofield was presented with numerous honors and accolades. The Special Libraries Association presented him the Joseph F. Kwapil Memorial award and the Order of AHEPA recognized him with the Arts and Humanities Award. Among his other achievements, he was named an Honorary Citizen of Athens, Greece by the City Council of Athens, in 1968 and again in 2017. Likewise, Mr. Scofield, received the Archon Award from the Eastern Orthodox Ecumenical Patriarch of Constantinople in 1968 in Istabul, in light of his contributions to his church. Amongst his most notable awards was the Ellis Island Medal of Honor from the National Ethic Coalition of Organizations, presented to individuals who have supported American values while preserving the values of their ethnic group. While at the St. Petersburg Times, Mr. Scofield also won an international lifetime achievement award for his efforts in establishing world standards for electronic news research systems. He was the recipient of the Albert Nelson Marquis Lifetime Achievement Award, and was included in the first edition of Who's Who in the Media and Communication. A Cincinnati native, he resided in St. Petersburg, Florida with his wife of 60 years, Jessie Axotis. In his free time, Mr. Scofield enjoyed fraternal activities, masonic history research and writing. James is survived by his loving wife, Jessie, and many friends. He was loved by many and will be missed dearly. His viewing will be Monday, June 1, 2020,11 am-12 pm, with funeral service starting at 12:30 pm, both at St. Stefanos Greek Orthodox Church, St. Petersburg. Visit his online guestbook at www.AndersonMcQueen.com

To send flowers to the family or plant a tree in memory of James Scofield, please visit Tribute Store
Monday
1
June