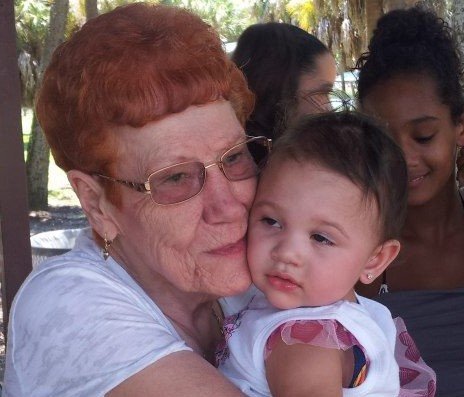 Gagne, Nora, 85, of St. Petersburg, passed away on June 15th, 2020 at Empath Hospice in Palm Harbor. She was born in Frenchville, Maine and also lived in Waterville, Maine, Hartford, Connecticut and New Britain, Connecticut. Nora is survived by three children, Diane Williams, Deborah Zdanowicz, and Wilfred Kapura; five grandchildren, April Trevino, Scott Carpinteri, Christina Toliver, Eric Rossignol and Dean Kapura; eight great-grandchildren, Monica, Junior, Jake, Taja, Jahniya, Savone, Avi and Charles; and five great-great grandchildren, Jade, Ophelia, Jahkaii, Jaila, and Isaac. She is also survived by three sisters, Theresa, Pauline, and Bernadette and three brothers, Lewellyn, Ronald, and Maurice. Nora was a hard worker, a waitress most of her life. Her house was immaculate and she was a great cook. She had a beautiful smile and would give you the shirt off her back. Nora loved country & western music, dancing, singing, and her dogs. She was little in stature but a very strong and independent woman. She will be truly missed.

In lieu of flowers, the family suggests donations to Empath Hospice.

Share Your Memory of
Nora
Upload Your Memory View All Memories
Be the first to upload a memory!