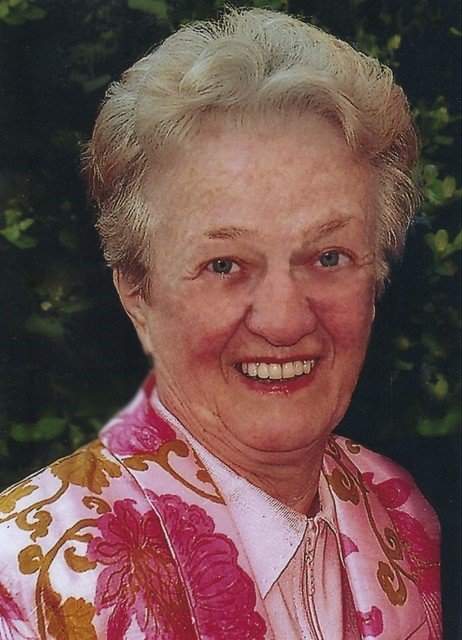 Family was Muggy’s delight. A “stay at home mother,” she was active in all aspects of the family life, including being a Cub Scout leader, an officer of the St. Jude’s Altar Society and President of the Notre Dame Academy Mothers Club. Many hours were spent volunteering in all the school cafeterias and organizing the reunions for her “Green Devils” class from St. Pete High. She also served as a Board Member at Bayfront Tower Condominiums, where she and Bill were one of the first residents, moving downtown in 1976 and residing at Bayfront Tower for 39 years before her departure to Bon Secours. Muggy was an avid bridge player, daily crossword puzzle addict and golfer, even scoring two holes-in-one. It was a feat never matched by her husband, who taught her to play the game.

Muggy was a devout lifetime Catholic. She was raised at St. Paul’s, and was a longtime member at both St. Jude’s Cathedral and St. Mary’s Our Lady of Grace, all of St. Petersburg.

Due to Covid-19 guidelines any services will be held at a future date.

The family is especially grateful to those who were so gracious and helpful to her in her time of decline, including niece Peggy Cole Hansford, Bayfront neighbor Jack Ptack, caregivers Val and Wayne, and the staff of the memory unit at Bon Secours, who lovingly cared for her for over five years.  We ask that any donations be sent to Bon Secours Maria Manor, at 10300 4th Street N., St. Petersburg, FL 33716.

To send flowers to the family or plant a tree in memory of Margaret Allison, please visit Tribute Store

Share Your Memory of
Margaret
Upload Your Memory View All Memories
Be the first to upload a memory!
Share A Memory
Send Flowers