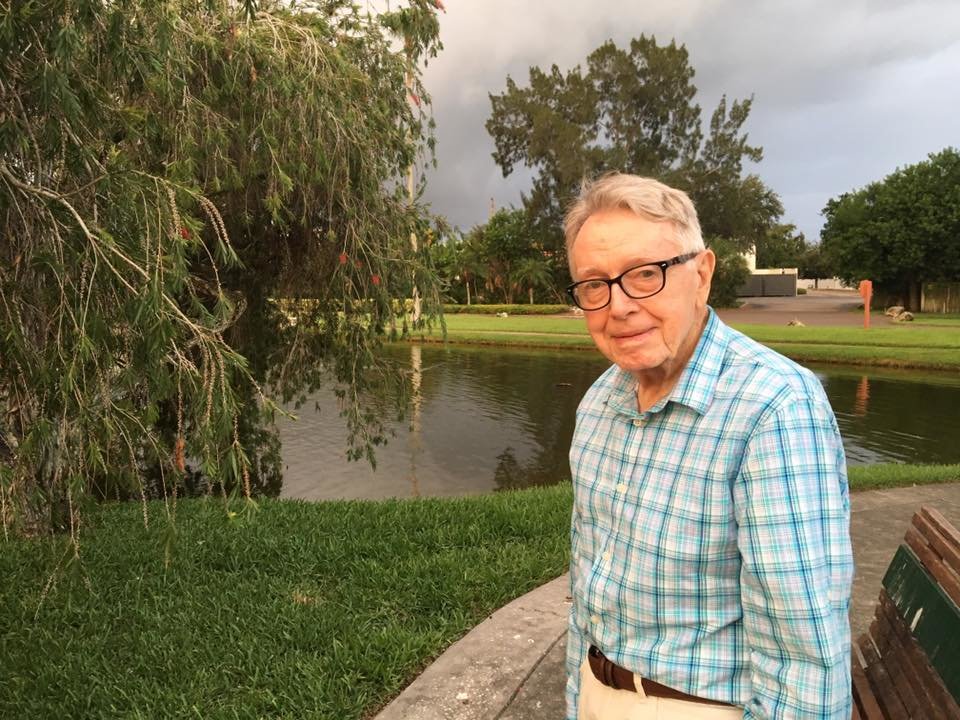 On the final day of his life, July 12, Robert Donald Bohen made yet another friend, a nurse named Taylor. He’d been admitted two days before to the ICU at St. Anthony’s Hospital with Covid-19.

He was having a good day, Taylor told his daughter. His breathing had improved. They’d moved him to a private room. He was confused but cheerful and so happy, she said. He’d sang the Star-Spangled Banner, so she put on Frank Sinatra.

His daughter asked if she could speak with him. So Taylor called from his room and held the phone.

His daughter told him she was so glad he was getting better and she loved him.

Several hours later, Taylor was by his side when his heart stopped.

He was born  the youngest of five in an Irish-Catholic family from Manhattan and Queens, N.Y.. He graduated from Bishop Loughlin Memorial High School in Brooklyn and was drafted into the U.S. Army on Feb. 14, 1945 at age 18.

His was one of the first boats to arrive in Tokyo, Japan after peace was declared in World War II. He was a surgical technician with the Medical Detachment 8th Field Artillery Battalion..

After his service, he worked as a safety engineer for Consolidated Mutual Insurance Co., inspecting buildings and skyscraper elevator cables across New York City.  He was hanging out with his pals at an Irish bar on Lexington Avenue in 1963, when he met and later married Barbara Jones.

He obtained a bachelor’s degree from Queens College in sociology and  had many jobs over his long life. He sold sets of Encyclopedia Britannica door-to-door,  taught English at a school in Greece, was an insurance adjuster in Connecticut and an elevator inspector in New York. He was a single parent to his only daughter, Leonora LaPeter Anton, from seventh to 12th grade.

He was a lifelong sports fan and loved baseball. He often mentioned the time he got a base hit off Whitey Ford, the Yankees pitcher nicknamed “The Chairman of the Board,” in a stick ball game when they were kids.

Fountains of Boca Ciega Bay in South Pasadena got to St. Petersburg four years ago.

Then he became a Rays fan and loved watching them succeed.

Amongst his things was a box of his photographs with a leatherbound St. Joseph Sunday Missal that belonged to his sister, Margaret. She had scrawled a poem “My Dear Father” five days after the death of their father, Sylvester Bohen, on Aug. 10, 1955. The last line also described Sylvester’s son, Robert.

“My Dad was a great big blazing sun

of warmth, wit and cheer

And now he’s back with God again

He is survived by his daughter, Leonora LaPeter Anton, and son-in-law, Larry Anton, his granddaughter, Lauren LaPeter, his former wife, Barbara Bohen, and countless people across the country who knew and loved him because he was such a kind, loving man. He was predeceased by his siblings, Richard Bohen, Margaret Hogan and Dorothy Bohen, and his parents, Sylvester and Agnes Bohen, all of New York.