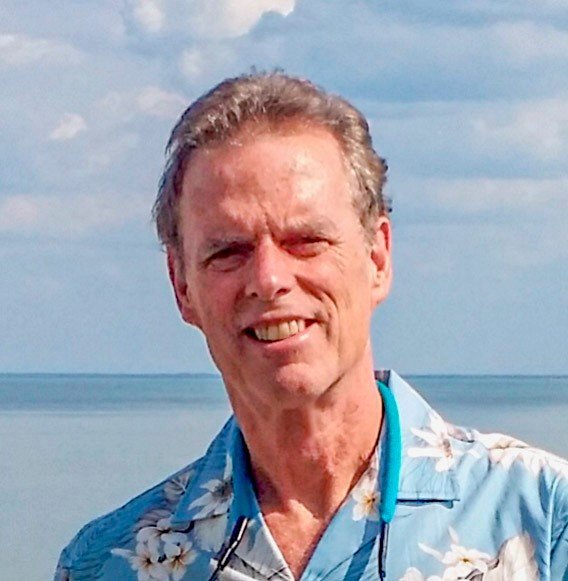 Terence William Coen, 73, passed away peacefully on July 28, 2020 at Suncoast Hospice Bayfront in St. Petersburg, FL with his family at his side, after spending his final days doing what he enjoyed most---listening to his favorite music. Terence was born on June 10, 1947 in Charlotte, NC, and lived throughout the South before he relocated with his family to the New York City area. He was awarded a scholarship at the San Francisco Art Institute, and also attended the San Francisco Conservatory of Music.

His passion for music emerged early, and he was a witness to some of the most iconic performances of the last century: from the Fillmore West, Avalon Ballroom, and Golden Gate Park, to the East Village jazz venues, the Newport Folk and Jazz Festivals, and other seminal musical events of the era. In the early 70s, his love for music led him into a lifelong promotion career in the recording industry. At a time when exposure to the listening audience through radio airplay was a major factor in the success of a project, promotion was a key ingredient.

In 1992, he moved into the jazz arena with Palmetto Records, where he helped build and develop a deep artist roster, including Dr. Lonnie Smith, Andrew Hill, Will Bernard, Bobby Watson, Fred Hersch, Frank Kimbrough, Larry Goldings, Chico Hamilton, Ben Allison, Matt Wilson, Javon Jackson and The Lincoln Center Jazz Orchestra. He then created Soundview Jazz Promotion, established himself as an independent promoter and continued to work with Jazz labels and individual recording artists.

A modern-day renaissance man, Terence was a prolific artist, songwriter, and photographer, with many of his works being displayed at galleries over the years. His warm, relaxed personality, and encyclopedic knowledge enabled him to easily connect and build an immediate rapport with musicians across all genres.  He was a trusted mentor to both established and aspiring artists who regularly sought guidance on their latest recordings and career direction. Terence’s home was a frequent haven for decades of music luminaries and provided a welcoming space that nurtured their creative spirits. With a knack for forging relationships at all levels of the industry, he was generally regarded as one of the most gracious and approachable people in his field.

Terence received numerous national awards and honors during his near half century in the music business and left an indelible mark through his efforts. He was an avid record collector, vintage auto enthusiast, multi-instrumentalist, and loyal Yankee baseball fan. Also a devoted husband and loving father, he cherished holidays and any occasion for gatherings with family and friends. He is survived by his high school sweetheart and wife of 51 years, Gail Cunningham; son, Trevor (Julie); son, Davis (Julia); granddaughter, Lily Claire; sisters-in-law, Sheila C. Perry (Bob) and M. Blithe Dotson (Fred); as well as numerous nieces and nephews. He was predeceased by his mother, Elynore Stinson Coen; father, Robert Joseph Coen and brother, Robert Joseph Coen, Jr.

Burial was private. Donations may be made in his memory to Jazz Foundation of America (jazzfoundation.org), 247 W 37th Street, Suite 201, New York, NY 10018, or  The Blues Foundation (blues.org), 421 South Main Street, Memphis, TN 38103. A Celebration of Life will be set at a later date, when it is safe for all to gather.

Share Your Memory of
Terence
Upload Your Memory View All Memories
Be the first to upload a memory!