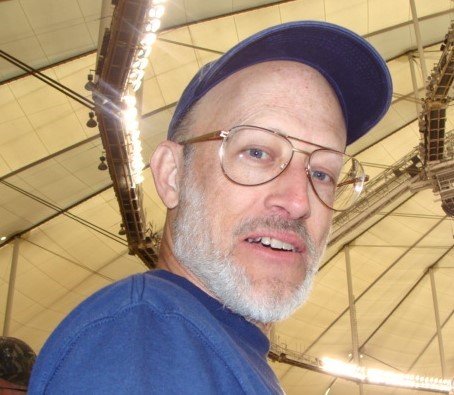 Dave will always be remembered for his sense of humor.  It did not matter whether he was laughing at himself or a bad one-liner.  He especially enjoyed improv comedy.  He had a laugh that was loud and infectious, bringing joy to his family and friends.

Dave was a caring and compassionate person.  He was an active member of The Temple of the Living God in St. Petersburg.  He was a member of several local and state non-profit organizations.  He spent several years leading the youth group at Trinity United Methodist Church in St. Petersburg where he is affectionately remembered as "Super-Dave."

Dave had a life-long love of sports, with a special place in his heart for baseball.  He was a card-carrying member of the Die-Hard Cub Fan Club. Dave and his wife Liz enjoyed going to the Tampa Bay Rays baseball games each season.  He won trophies in both golfing and bowling.  He excelled in sports statistics, including participating in ESPN's fantasy baseball, placing in the top 1% one year.  He also had a head for trivia and was always the first one chosen as a partner in games of Trivial Pursuit.

Dave graduated from Gibbs High School in 1977 then attended Stetson University in Deland, FL.  He graduated with a Bachelor of Science in Accounting from the University of South Florida St. Petersburg in 1993.  Dave was employed by the Times Publishing Company his entire 33-year career.  He worked first for the St. Petersburg Times and then Florida Trend Magazine.

There will be a Gathering of Dave's friends on Sunday, October 4th at 2pm at Anderson McQueen Funeral Home- NE St. Pete. In lieu of flowers, the next time you drive by a golf course, send out a thought of Dave hitting a hole in one, or hit one for him.

To send flowers to the family or plant a tree in memory of David Dale, please visit Tribute Store
Sunday
4
October