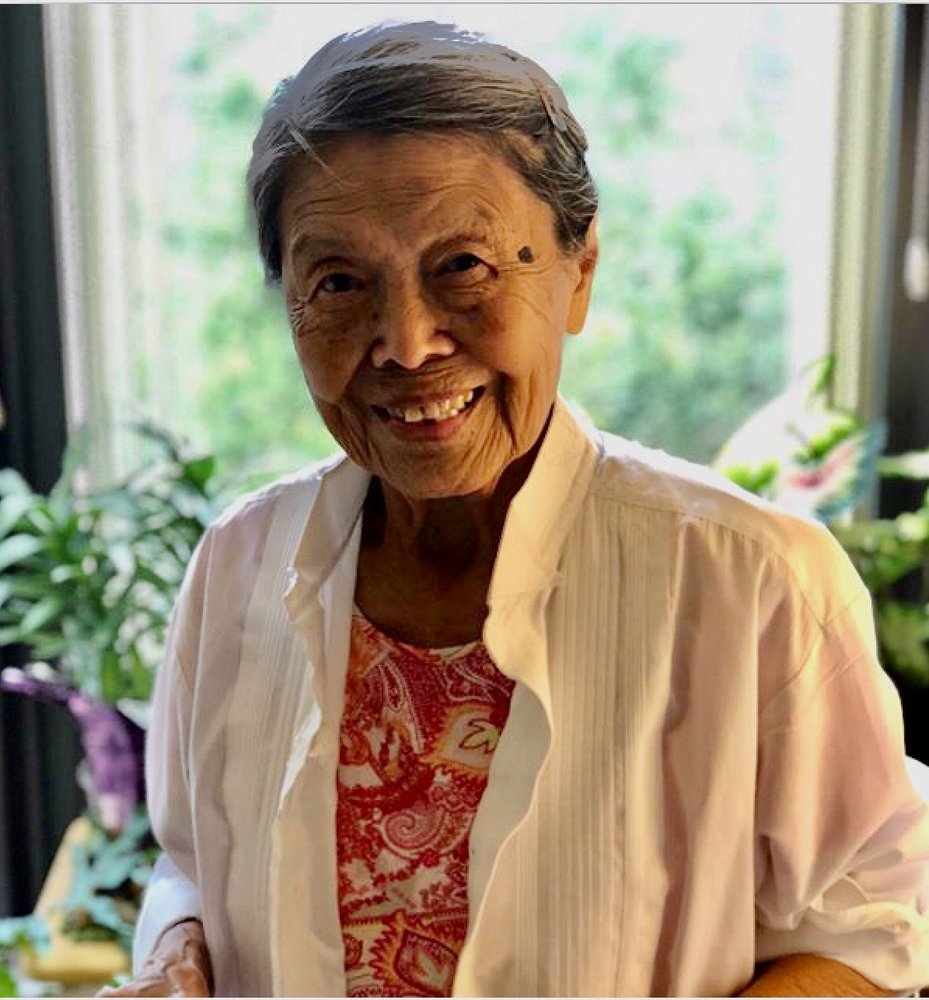 Lillian C. Mark of St. Petersburg passed away on December 23, 2020, at home, of complications arising from chronic lymphocytic leukemia. Surrounded by her family, she was 94 years old. Born in Tianjin, China, on March 23, 1926, Lillian Tsiang was the eldest of four children. She grew up in Beijing, where her father, the famed diplomat and professor Tsiang Ting Fu, worked. The family spent the war years in Chongqing after which Lillian went to Chengdu where she received a B.S. in Horticulture from Nanjing University. She came to the United States in 1946, where she received a Masters Degree in Horticulture from Purdue University. She later attained a Masters in Library Science from the University of Michigan. It was at Purdue where she met her husband of 67 years, Alexander Mark. They married at the end of 1947 and lived in Toronto, Detroit, Milwaukee and Cleveland, before settling in retirement in St. Petersburg. Before she retired, Lillian was a school librarian in various cities and a medical librarian at the Cleveland Clinic. Active in many civic and cultural organizations, Lillian also was part of a library delegation from the United States to Taiwan to give seminar lectures on the latest developments of medical and specialized libraries in the United States. She was an avid reader and walked an hour daily, until recent years. Lillian is survived by two children and their spouses, Ernest and Elizabeth Mark of Boulder, CO; Carolyn Mark and Geoffrey Seeley of Washington, D. C.; a daughter-in-law, Mary Mark of Moraga, CA: two grandsons and their spouses, Christopher and Songan Mark of Los Angeles; Jeffrey and Melissa Mark of Albany, CA; great-granddaughter Zoë Mark; and a brother, Donald Tsiang, of Newton, MA. She was preceded in death by her husband and by son Gary. Funeral arrangements are pending; interment will be at Maximo Presbyterian Church in St. Petersburg.

To plant a tree in memory of Lillian Mark, please visit Tribute Store

Share Your Memory of
Lillian
Upload Your Memory View All Memories
Be the first to upload a memory!
Share A Memory
Plant a Tree