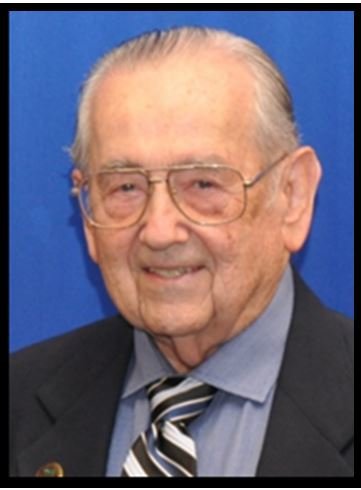 95, Passed away in his own home surrounded by family and with his faithful pups at his side on 20 December.   He was a long time resident of St Petersburg and loved and respected across a broad spectrum of activities, social groups, and community support organizations.  Born and raised in Camden and Audubon NJ, he graduated from Lehigh University in PA and moved to FL in 1954, commencing a long career with American Can Company as an Industrial Engineer and an independent contractor. Tom also served as a commissioned officer in the USAAF and USAF Reserve, and was a 32d degree Mason.  With his wife, Virginia Stewart Brew, he raised 3 children here in St Petersburg, and gave back to the community by contributing his time in many ways as an active member of SERTOMA, volunteering with the Pinellas Pioneer Settlement, coaching and administrating for the Junior Raiders Soccer League and the FYSA, Boy Scouting, serving as an usher for St Peter’s Cathedral, and many other activities.  He was extremely active with the Pinellas County Republican Party, and worked tirelessly to support his patriotic beliefs.  He was a long time member of the SPYC and Past Captain of the informal but iconic Bucketeers Yacht Club.  He is survived by his sons Thomas Richard Brew Jr & wife Natalie, and R. Stewart Brew & wife Kathleen, and his daughter Nancy Brew, as well as his grandchildren Daniel Brew, and Owen, Kamryn, and Graham Brew.  A memorial service for family will be conducted at St Peter’s Cathedral on 5 January 2020 at 1800.  A full attendance Celebration of Life memorial gathering will be held later in the Spring as conditions for large gatherings will allow.  In lieu of flowers, memorial donations can be made to Paws for Purple Hearts pawsforpurplehearts.org

To send flowers to the family or plant a tree in memory of Thomas Brew, Sr., please visit Tribute Store
Tuesday
5
January