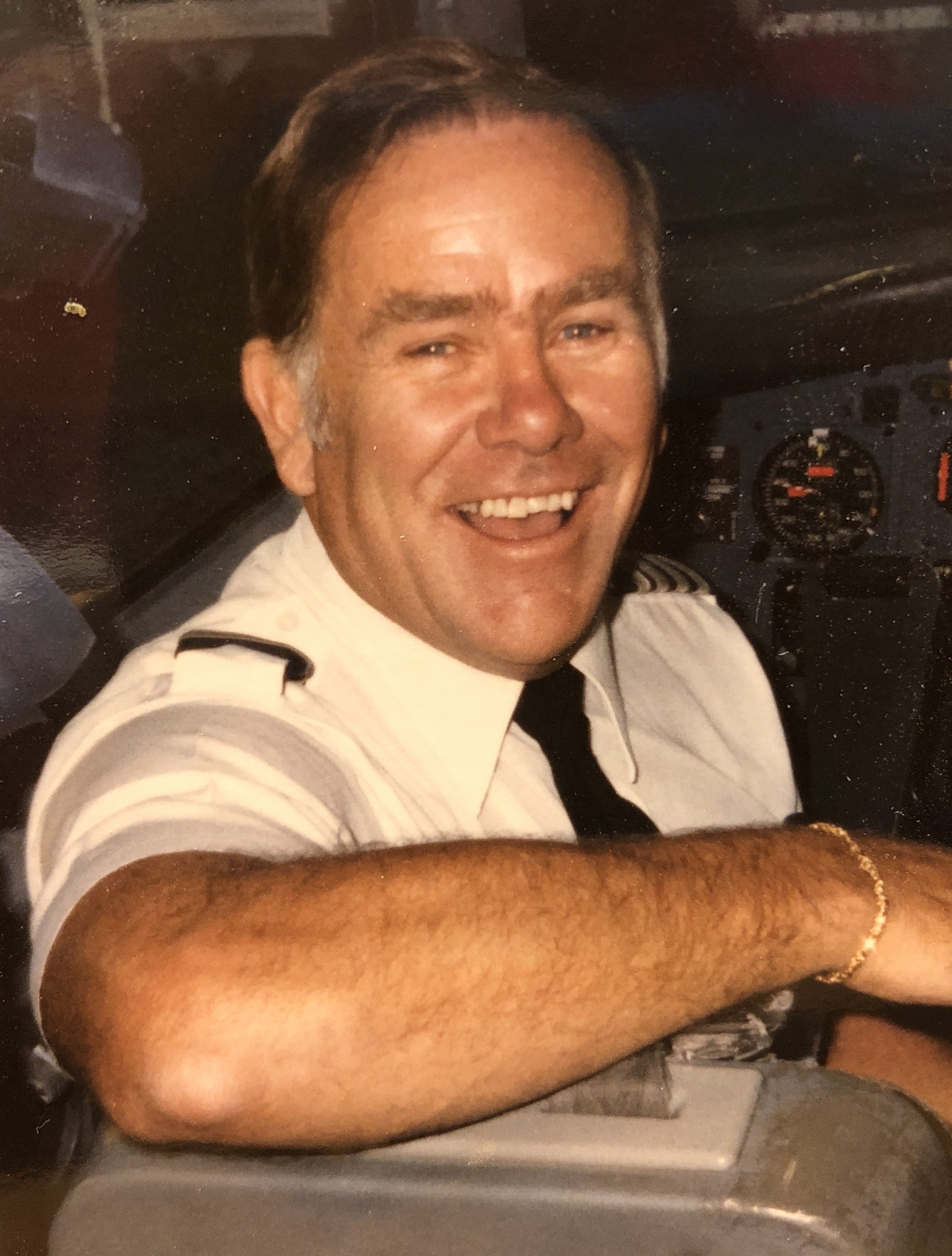 Captain John T. Gilbert, 90, passed away peacefully at his home on February 6, 2021 in Safety Harbor, Florida. Born in Buffalo, New York on December 28, 1930, he was the youngest son of the late John T. Gilbert Sr. and Catherine Gilbert who had four sons and one daughter. He resided in Kenmore, a neighborhood community in the Buffalo-Niagara Falls metropolitan area and attended schools there until he graduated in 1949. Early on, he had a special interest in aviation, and was likely seen at the local grass airport. He enlisted in the US Coast Guard in 1950 and served during the Korean war for four and a half years, honorably as a Second-Class Boatswain mate. His aviation desires became fulfilled by attending a General Aviation flight school under the veterans G.I Bill on January 19, 1956. He had completed his commercial, instrument licensing while flying for a fixed base operator. They offered charter, crop dusting, mosquito spraying, and spotting schools of fish offshore in the ocean. He built time there until being hired by Allegheny in 1959. In 1964, he married flight attendant, Nancy Blomquist of Alexandria, VA. He became a captain that same year and flew for 29 years until his voluntarily early retirement in 1987. After retirement, he and Nancy fulfilled their dream of living aboard the boat and traveling along the Gulf and Atlantic coasts until 2002 when they moved ashore. They also enjoyed traveling by RV out west and throughout the country. His wife Nancy died in 2004. He lived in the glory of God, being born again in the 1993. He and Nancy both belonged to First United Methodist church since 1973, singing in the Contemporary Praise team for over 17 years, active in Sunday school studies weekly, and more than 14 years before his death in International Bible Study fellowship, a world-wide Christian Program. He was predeceased by his wife, Nancy and by his grandson, Jason Fisher. He is survived by his devoted partner of 14 years, Reba Ambrester; his daughter, Cheryl Gilbert Hackney (Charlie); granddaughter, Melissa Luczkiewicz (John) and great grandchildren, Zoe and Mia; son, Jonathan Gilbert; daughter, Heidi Smith, (Michael) and grandchildren, Kate and Ben; sister, Cay Grant; sister in-law, Barbara Zagaria; many nieces, nephews and his devoted caregiver, Holly Cline. A memorial service will be held on April 9th, 2021 at 11am at the First United Methodist Church, 212 3rd St N, St. Petersburg, FL 33701. In lieu of flowers, donations and memorials may be made to First United Methodist Church of Saint Petersburg, Florida, and All Children’s Hospital of St. Petersburg.

To send flowers to the family or plant a tree in memory of John Gilbert, please visit Tribute Store
Friday
9
April