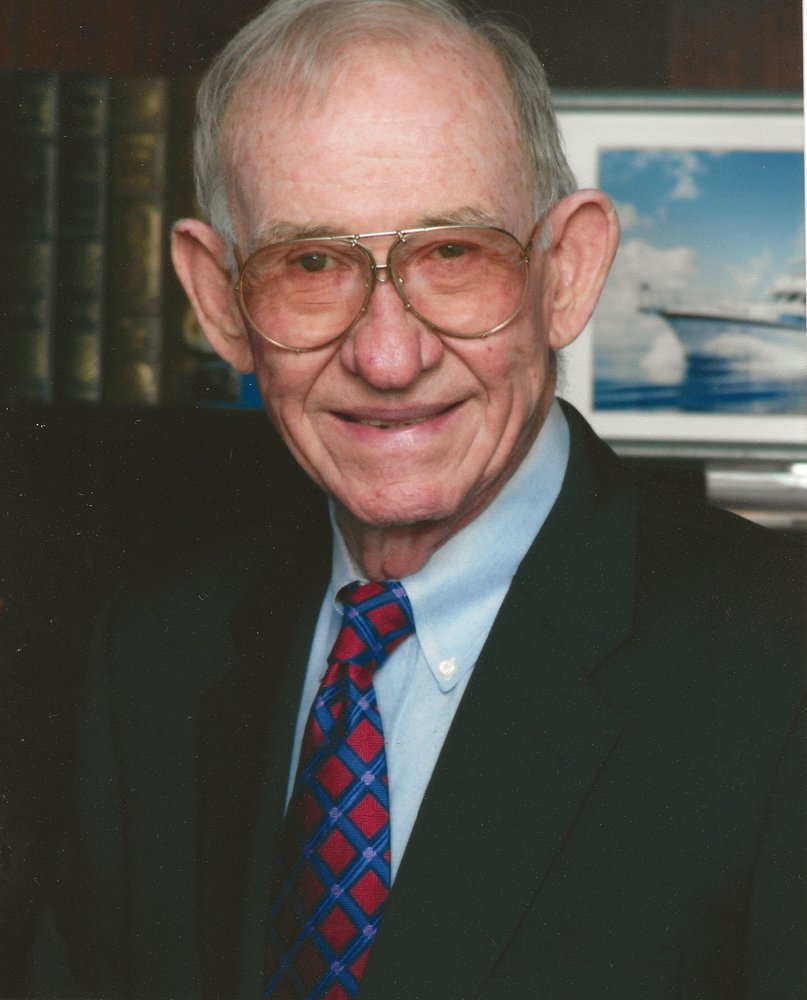 Obituary of Eugene B Knippers

Gene Knippers had an extraordinary life that started on June 17, 1937 in Many, Louisiana, as the fourth child of Allie Mae and John Harvey Knippers. His life was filled with risks and rewards that led to noteworthy professional success, but Gene’s greatest accomplishments are his cherished family and friends, and, living life one day at a time.

Eugene Benjamin Knippers passed away peacefully on February 18, 2021 while surrounded by his loving family and Bailey by his side.

Gene is survived by Clark Knippers (Kersten), Krista Allred (Brian); his grandchildren Ben, Will and Annie Allred; Max and Sam Knippers, and Connor and McKenna Cook; many relatives and friends; and his beloved service dog and best friend, Bailey.

Gene married the love of his life, Patricia Bratcher, in 1959 and they had an enduring love that lasted beyond Pat’s passing in September 2018.

Gene’s early career started at Orbach’s in Oklahoma City when Gene, a young man with no experience in the garment business, took a position as a stock boy in the Varsity Shop, and on Saturdays was promoted to work the sales counter in the Scout Shop, thanks to his having earned the rank of Eagle Scout while in Many. With Bob Orbach as a boss and mentor, after 13 years at Orbach’s, Gene became the lead menswear buyer and helped the chain grow from two locations to almost 10.

Eventually, Gene was ready for a change and left the clothing business. With Pat by his side and fully supporting this adventure, Gene took a business risk that would impact himself, his family, and many others for generations to come.

In 1968, Gene Knippers met Norman Brinker, who became one of Gene’s closest friends and business partners. The next year, Gene moved his family from Oklahoma City to Atlanta to develop the market for Steak and Ale, which he helped grow from a small regional chain to an American institution that changed the casual dining segment.

In 1976, Norman Brinker launched Bennigan’s restaurant and tapped Gene to open the chain’s first location, which was in Gene’s home market of Atlanta. During the next seven years, Gene focused on expanding Bennigan’s and Steak throughout Florida and the southeast. In 1983, when Brinker purchased a little-known burger joint called Chili’s, Gene Knippers became the first franchisee, expanding it throughout the southeast region of the United States.

After selling his franchise company back to Brinker International, Gene continued to work in the restaurant industry as a consultant to Brinker and then in an ownership position and Chairman of the Board of Beef O’Brady’s Family Sports Restaurant. He was also an investor in Tampa-based PDQ.

Gene had a passion for aviation and earned his pilot’s license at the age of 25. He had a knack for turning a hobby into a business and loved to buy and sell airplanes, and he eventually took over Tampa Flying Service and was the Field Based Operator at Peter O’Night Airport in Tampa for several years.

Gene and Pat enjoyed the freedom of flying and boating and spent years traveling, sightseeing, and frequently going between Florida and the Bahamas, where they made memories with friends and family.

Pat and Gene eventually slowed the travel and spent time in the mountains of North Carolina, where Gene once again turned a hobby into a business with Knippers Longhorns, the only certified Texas Longhorn breeder in the state of North Carolina. The decade he spent tending to “his cows,” developing close friendships with the locals and cavorting with the occasional barn cat, fulfilled Gene’s lifelong fantasy of being a real cowboy.

Gene was fashionable in an old-school way and his ever-present size 7 7/8 hats were his signature look. He never met a stranger and had a great gift for storytelling. Gene Knippers was spiritual, forgiving and accepting of himself and others. He idolized John Wayne, whose strong characters often demonstrated true grit: courage and strength of character; passion and perseverance ---- the very same qualities Gene Knippers possessed and will be dearly missed by all who knew and loved him.

A graveside service will be held Sunday, March 7 at 1:30 p.m. at Memorial Park 5750 49th Street N. St. Petersburg, Florida 33709. A Celebration of Gene’s Life will be held at a later date. Due to COVID-19 and respect for others’ health, masks will be required at the service. In lieu of flowers, the family requests donations to Metropolitan Ministries in Tampa, www.metromin.org, or the charity of your choice.

Share Your Memory of
Eugene
Upload Your Memory View All Memories
Be the first to upload a memory!
Share A Memory
Plant a Tree