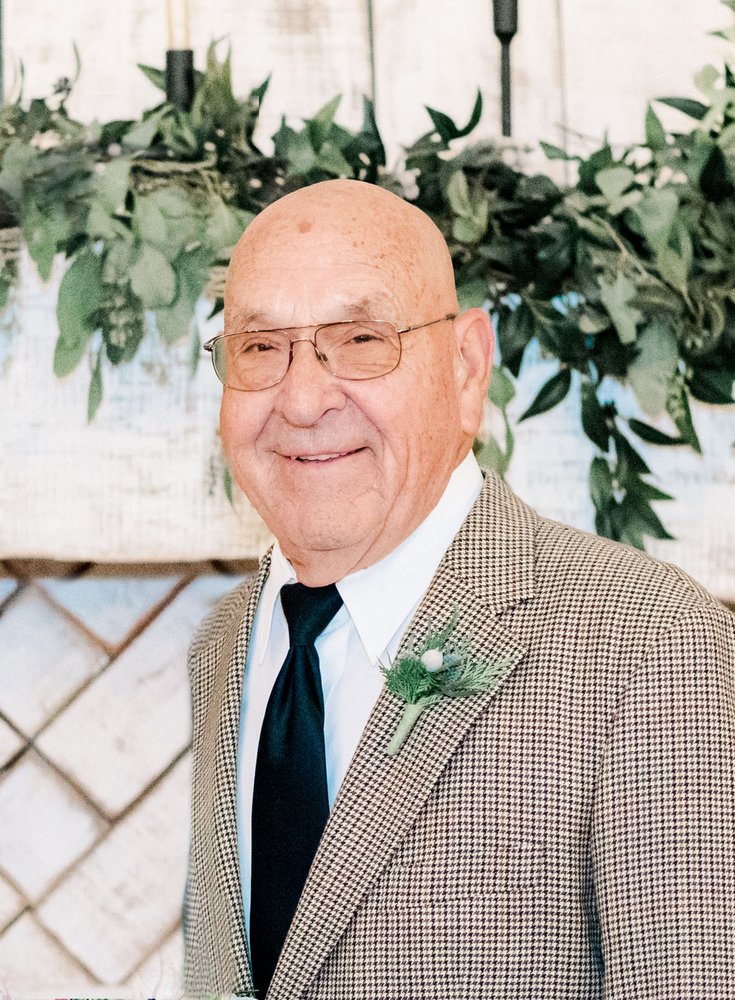 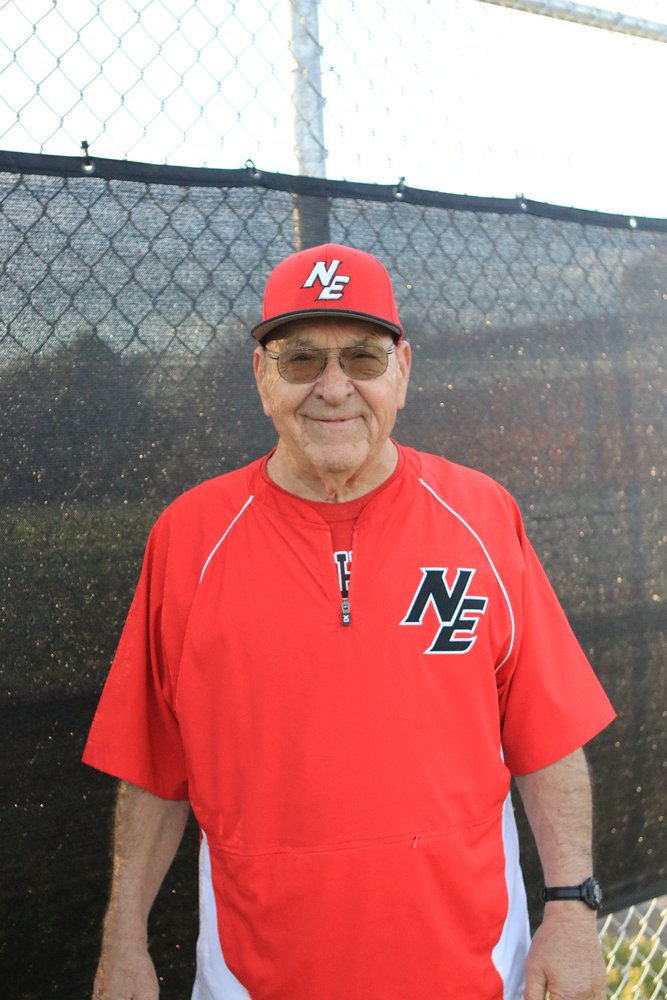 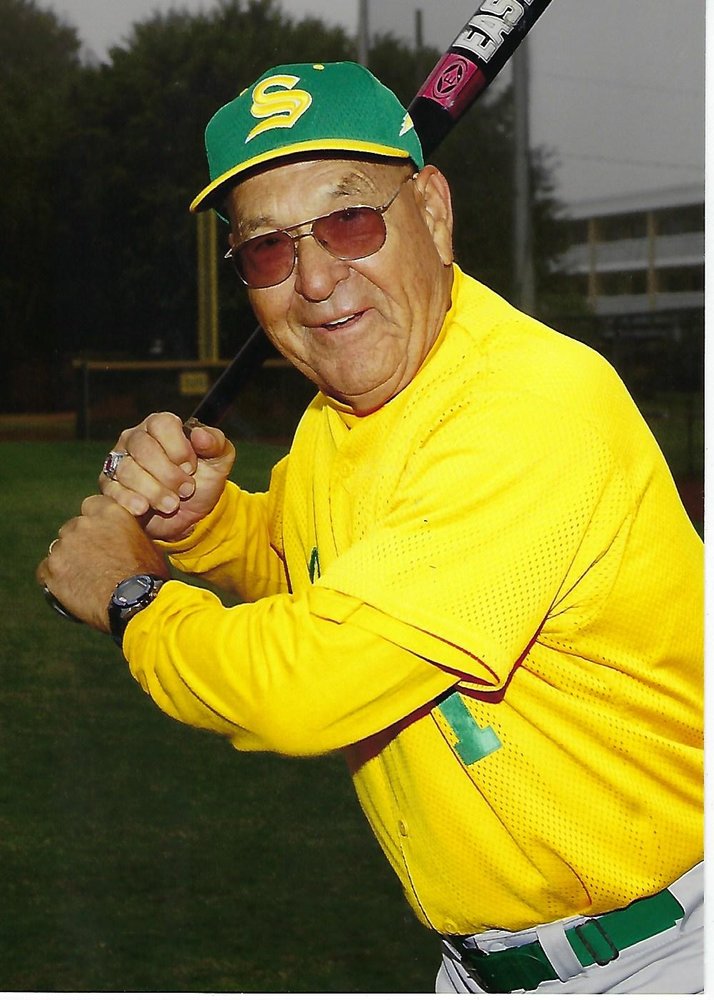 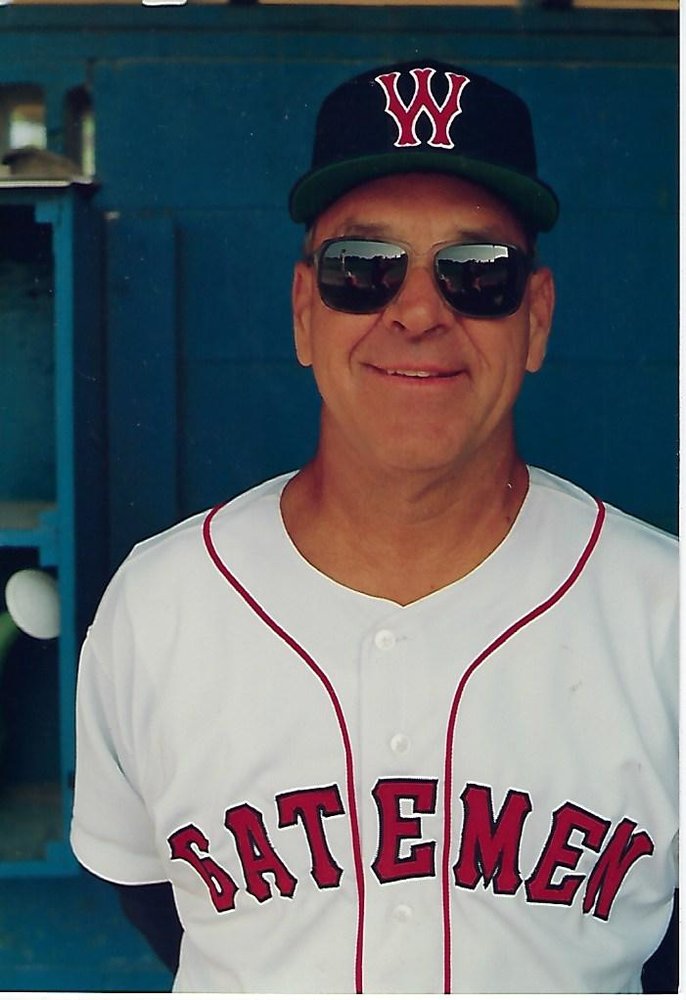 Reed, Donald “Coach Don”, age 86, of Clearwater, Florida, passed away on April 5, 2021. Born in Chicago, Illinois to Ralph and Harriette Reed, Don was raised in a small town west of Chicago, Lily Lake. He graduated from Burlington Central High School, where he played baseball, basketball, and “6 Man” football.  His passion for baseball would follow him throughout the rest of his life, as he coached for over 60 years.

In high school, Don met the love of his life, a cheerleader, Shirley Sunderlage. They married in 1955 in a little church that still stands in Burlington, Illinois and the marriage lasted 66 years until Don’s passing. Don and Shirley moved to Geneva, Illinois, where they celebrated the birth of their daughter, Lorrie, later moving to Joliet, Illinois, and welcoming two sons, Curt and Jeff. The family of five settled in Joliet and Shirley noticed a newspaper ad requesting help starting a baseball youth league. Don answered the ad and never looked back from coaching.

Don coached summer youth baseball in the Joliet Colt League (15-16 yr old boys) from 1961 to 1978. He then went on to coach baseball in the Joliet Connie Mack League (17-18 yr old boys) from 1979 to 1984.  Along the way his teams won 5 World Series Championships, multiple World Series Placements and many Divisional and Regional Championships.  Don was also assistant coach at St Xavier College in Chicago, Illinois.  In 2008 Don was inducted into the Joliet Area Sports Hall of Fame.

Don enjoyed watching sons Curt and Jeff play minor league baseball, and Jeff later playing professional major league baseball for numerous teams. Don probably saw more major and minor league ballparks in the country than any traditional tourist sites. Don and Shirley would also vacation with their children, including a trip to the site of the Kentucky Derby for Lorrie, who preferred horses over baseball. They would vacation to Florida and take the boys fishing, although no one ever caught much.

Don worked as a store manager and lead salesman at Valley Welding Supply in Joliet, Illinois. He retired at the age of 50 and he and Shirley packed their bags for a warmer climate where baseball could be played year around.

In 1984, Don and Shirley moved to St Petersburg, Florida. Children Lorrie and Curt were already living in Florida and Jeff was residing in Tennessee. Don became an assistant coach at Eckerd College in 1985. The head coach at Eckerd College introduced Don to coaching summers in the Cape Cod Baseball League.  He began as Assistant Coach at Chatham and later became head coach at Yarmouth-Dennis from 1987-1990.  Don then went on to coach the Wareham Gatemen from 1991 to 1999.  Don was named manager of the year in 1989, 1991 and 1993.  His teams won league titles in 1989, 1990, 1994 & 1997.  Don accumulated 334 wins in the Cape Cod Baseball League which was a record at that time.  He was inducted into the Cape Cod Baseball League Hall of Fame in November 2004.  Don was very proud of the fact that he coached many future major league baseball players.

Don then went on to become the head coach at Shorecrest Prep High School in St. Petersburg, FL from 1999-2012.  While at Shorecrest the team was runner up in the 2010 Florida High School State Tournament.  In his later years, Don became an assistant coach at Northeast High School and was still coaching up until his death.

Don was instrumental in starting the summer youth baseball camps at Shorecrest High School and he later worked the summer camps for the Tampa Bay Rays at Tropicana Field.

The Reed’s became members of the Lutheran Church of the Cross in St. Petersburg.  Don had a passion for rescuing black Labrador Retriever dogs throughout the years, including Midnight, Homer, Sparky 1 and Sparky 2. He could frequently be seen throwing tennis balls at Freedom Lake dog park.  When baseball season was over, Don would use his coaching money to take Shirley on cruises, including cruises to the Caribbean, Belize, the Panama Canal, and Alaska.

Don was preceded in death by his parents; his uncle George; his cousin Janey; and his beloved pets Midnight, Homer and Sparky 1. He is survived by his wife of 66 years, Shirley; children Lorrie Reed of Pinellas Park; Curt (Dena) Reed of St. Petersburg, and Jeff (Karen) Reed of Elizabethton, Tennessee; grandchildren Lynzie (fiancé’ Paul) of New York, Lance and Lacey Reed Ezell (Ben) of Tennessee, Joshua Reed of Florida; and Sparky 2, his current rescue lab mix.

A Celebration of Don’s Life will be held on May 8th, 2021 at Anderson McQueen Funeral Home, 7820 38th Avenue North, St. Petersburg FL 33710 with a gathering at 2pm and service at 3pm. No need to dress formal - business casual is fine!

In lieu of flowers, the family suggests donations to Suncoast Hospice to thank them for their excellent care of Don at the end of his life.

Watch the Tribute to Coach Don from the Northeast High School Baseball Program by using this link:  https://youtu.be/4GcX3CP4qTk

To send flowers to the family or plant a tree in memory of Coach Don Reed, please visit Tribute Store
Saturday
8
May

Share Your Memory of
Coach Don
Upload Your Memory View All Memories
Be the first to upload a memory!
Share A Memory
Send Flowers