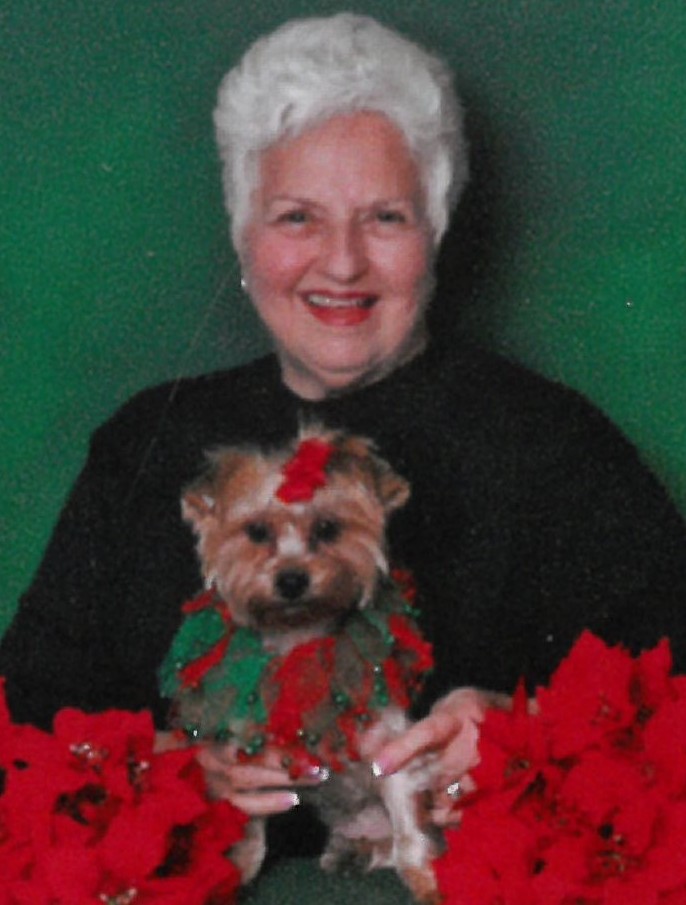 Conklin, Dolores Ruth (Sutt) went to her Heavenly home on April 20, 2021, surrounded by loving family. In death, she is joyfully reunited with her most beloved husband of 68 years, Patrick, her parents and siblings, and other much-loved family. She is survived by one son, Daniel Conklin, and four daughters, Anne Conklin (David Cline), Maureen Conklin, Patricia Conklin, and Margaret Conklin, 9 grand-children, 3 great-grandchildren, and 2 step great-granddaughters. She will be missed by many loving in-laws, nieces and nephews, and a host of friends and former colleagues.
Dolores was born in Pontiac, MI, on July 17, 1929. She lived in Michigan and Ohio until marrying Pat on March 6, 1951. She and Pat moved with their 5 young children a number of times for his career, and Dolores always made moving an adventure. She found true joy when they settled in Charlottesville, Virginia, in 1969, where she was able to follow her passions for gardening and horses. Dolores became the first board president of the Key West Club in Charlottesville in the early 1970s.
Dolores remained a full-time mother and wife until her youngest reached 11, and then she began a long career working with the Department of Neurology at the University of Virginia. After a couple of years working as a secretary for doctors in the main hospital, Dolores became Administrative Coordinator at the Comprehensive Epilepsy Program at UVA. She loved helping families find care and support for their children.
Dolores retired in 1996 and enjoyed retired life in Charlottesville until she and Pat moved to St. Petersburg, Florida, in 2005. She quickly became involved in community events and was elected board President for the West Shore Villages community association. She later served as secretary for the organization for several years. Dolores spent her last years enjoying life with Pat, visits with her children and grandchildren, time with her beloved dog Sylvie, and the beautiful view from her home onto Clam Bayou.
A committal service at Bay Pines National Cemetery, 10000 Bay Pines Boulevard North St. Petersburg, FL 33708 will be held for both Patrick and Dolores on Wednesday, April 28, 2021 at 10am. A memorial service for Dolores with a reception will immediately follow the committal at Christ the Cornerstone Church, 5545 62nd Ave N, Pinellas Park, FL 33781 at 11:30am.
In lieu of flowers, donations in her memory to Christ the Cornerstone Church, Pinellas Park, or Blackhathumanesociety.org will be much appreciated by her children.

To send flowers to the family or plant a tree in memory of Dolores Conklin, please visit Tribute Store

Share Your Memory of
Dolores
Upload Your Memory View All Memories
Be the first to upload a memory!
Share A Memory
Send Flowers