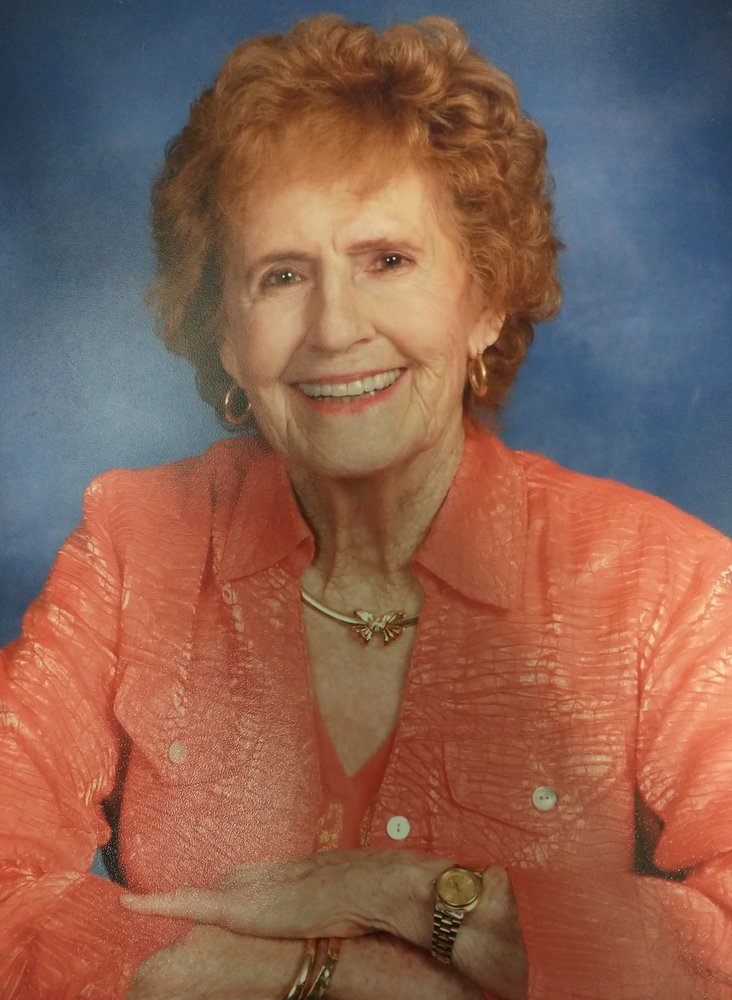 Ann passed away on May 10, 2021, at the age of 97.  She was born in Philadelphia, PA and was the daughter of Frank and Gertrude Price.  When Ann was 12 years old, the family moved to St. Petersburg so they could live in what was then known as the city with the world’s healthiest climate.  She graduated from St. Petersburg High School  where she met many of her lifelong friends, including her future husband, Harold Wells. On one of their first dates, Harold picked Ann up at her house on 1st Street and 22nd Avenue North on his horse.

Ann attended Florida State University, they married in 1942, and Harold served in the Army in Europe. He returned from the War in 1945 and started a family while he attended the University of Florida.

Throughout her life Ann was very active in church, singing in the choir and serving as an elder.  Her hobby was collecting antiques and during the 1960s she owned The Weather Vane Antique Shop located at 9th Street & 25th Avenue North with two of her good friends.

Later in life Ann and Harold enjoyed spending time with family and friends in Highlands, NC, where they owned a second home for 40 years.  They traveled extensively in their later years and especially enjoyed going on trips with the American Stage Theater.  She was a member of the St. Petersburg Junior League, the Stuart Society, Feather Sound Country Club, Vinoy Golf Club and the St. Petersburg Yacht Club.

Ann was predeceased by her husband, Harold, and their son, Chris.  She is survived by her sons, Harold Wells, Jr. (Becky) and Peter Wells (Lisa), daughter-in-law Brenda Fullerton (John), seven grandchildren, four great-grandchildren, and two nieces.

There will be a memorial service for family only.  In lieu of flowers, for those wishing to make a memorial donation, please make one to a charity of your choice.

To send flowers to the family or plant a tree in memory of Ann Wells, please visit Tribute Store
Print
Share A Memory
Send Flowers