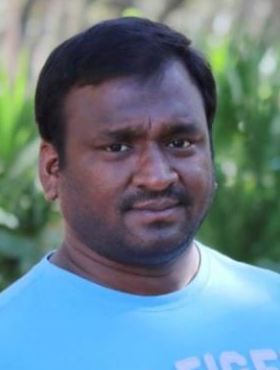 Dasari Venkata Naga Prasad, born in Narasaraopet, Andhra Pradesh - India, passed away in St Joseph’s Hospital – North, Tampa - Florida on June 16, 2021. Prasad (39), lovingly called Bujji, is survived by his wife Rajeswaramma (Lalitha), elder son Chetan and younger son Eswar, his parents Dasari Nagendram and Lakshmi and his younger brother Dasari Ramesh. Prasad was born and raised in India. He completed his Master’s in Business Administration and began his career in Banking, at Hyderabad, India. Ambitious as he was his dreams to explore life to greater heights brought him to US where he completed his second Masters in Accounting from National University, San Diego. After spending a few years in Bay Area, California he later moved to Tampa, Florida. He with his hard work and determination quickly became a SAP Module Lead from a SAP consultant. He was very friendly, loving and won the hearts of many for his ever-willing nature to help anyone that crossed his path. Prasad loved spending time with his family and friends, travelling and listening to music of Ilaiyaraaja. His untimely demise leaves us with anguish and he will truly be missed. Prasad’s final Journey, cremation is scheduled for Sunday, June 27 at Anderson-McQueen Funeral Home, 7820 38th Avenue North, St Petersburg, FL, begginning at 1PM.

Memorial donations can be contributed to:

To send flowers to the family or plant a tree in memory of Venkata Dasari, please visit Tribute Store

Share Your Memory of
Venkata
Upload Your Memory View All Memories
Be the first to upload a memory!
Share A Memory
Send Flowers