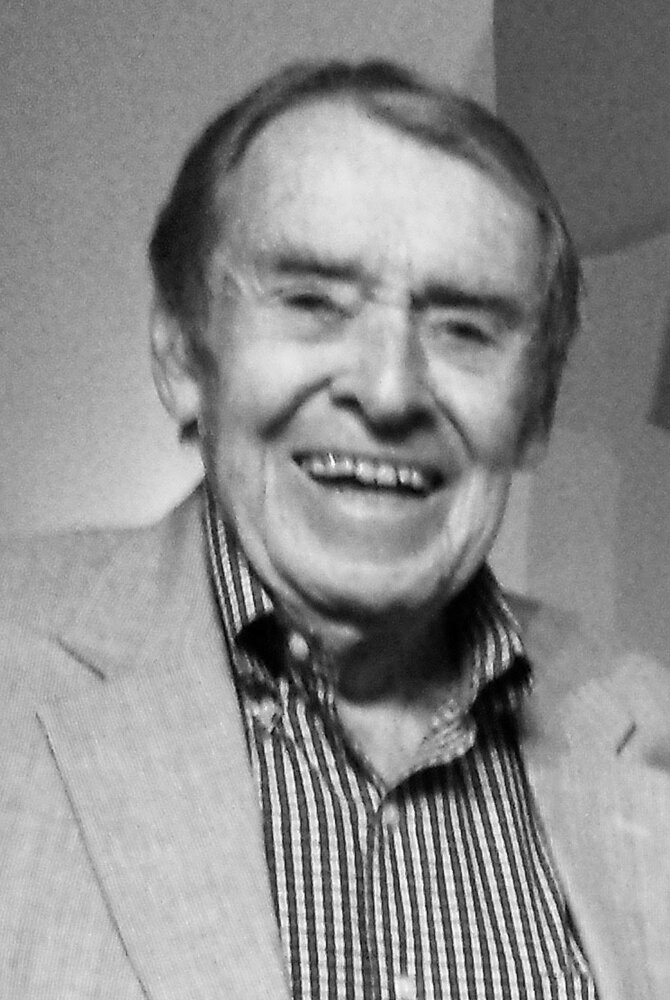 of St. Petersburg, FL., passed away September 10, 2021. James was born in Watertown, NY on December 10th, 1930, the son of Charles Wesson Tripp and Vera Carpenter Tripp. He was preceded in death by his sister Mary Alice Tripp in 1941. The family settled in Millbrook, NY. in a home they had built in 1933 in which he grew up in. During his years in Millbrook he was an active member of Grace Episcopal Church where he sang in the choir. He graduated from Thorne Memorial High School in Millbrook in 1958 and attended Ithaca College and graduated with a degree in Music. He also received a Master of Fine Arts from Stoney-Brook University. He Married Joan Bates in 1952, his current wife of 69 years, He taught music in Montgomery, NY and Hyde Park, NY. In 1956 he joined the Faculty of South Huntington Schools on Long Island, where he taught at Walt Whitman High School. He adjudicated for New York State Music Association and developed a music composition and theory curriculum. In 1991 he retried to Sag Harbor, L.I. where he was active in the village having served on the planning board with three consecutive Mayors, including serving as board chairman. He was a member of the Sag Harbor Historical Society and served as parliamentarian. He is survived by his wife Joan Tripp, three daughters, Dr. Kim Tripp, Anne Miller(Dean), Sarah Tripp White and two grandchildren, Charles Miller(Courtney) and Margaret Miller Sweet(Michael). He was a past member of the Bridgehampton Club, Bridgehampton, NY, The Coral Beach Club, Bermuda, The New England Society, NYC, The Squadron A Club of NYC, and the St. Petersburg Yacht Club.
He enjoyed swimming, sailing, reading, classic cars, and traveling the world with his wife Joan. Jim was a devoted son, husband, father, and grandfather. He will be greatly missed

Share Your Memory of
James
Upload Your Memory View All Memories
Be the first to upload a memory!