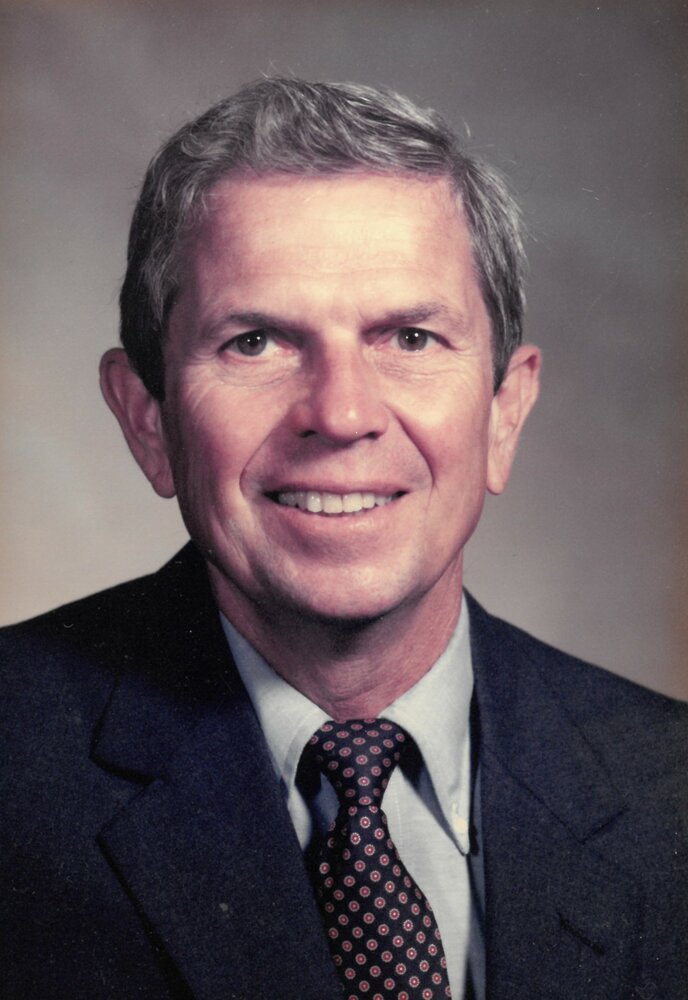 George F. Gramling, Jr., passed away peacefully at home, at the age of 91, surrounded by his beloved family on All Saints Day, November 1, 2021. Born and raised in St. Petersburg, he was a second-generation Floridian, baptized and confirmed at the Cathedral Church of St. Peter, where he will forever rest in peace.

He attended North Ward Elementary School, Mirror Lake Junior High School, St. Petersburg High School (1947) and Sewanee Military Academy (1948), before enrolling at the University of Florida where he was a member of the Phi Kappa Tau Fraternity and attained an Associates of Arts degree. He attained a Bachelor of Arts degree in 1978 from the University of South Florida, majoring in Social Behavioral Sciences.

In 1947 he enlisted in the United States Navy Reserve and served active duty (1951) aboard a Destroyer, the USS Hollister (DD-788), and aboard a Frigate ship, the USS Evansville (PF70). He participated in the coveted Honor Flight to Washington D.C., where he was commended and honored for his Korean War service (2016). He loved to share his memories and stories about his Cadet days at Sewanee and his adventures in the Pacific theater, including voyages to Japan, the Philippine Islands, Hawaii, and other exotic locations, crossing the Pacific Ocean six times from his base in San Diego. He flew the flag of the United States every day until his passing, and it still flies where he last raised it.

After the war, he began his business career as an agent for New England Life Insurance Company. On November 30, 1957, he married Hilleary Brown and joined Florida Power Corporation in 1960, from which his father retired after 36 years and from which he himself retired as the District Manager for Lake Placid after 34 years. Hilleary and George raised three sons who George taught and closely nurtured by being always available, always interested, always devoted, and a "hands on" father and family man.

George was a natural born leader whose personality and vision motivated people. Notable examples of his community influence include founding the Pinellas County Historical Society, chairing the Pinellas County Historical Commission, and serving as President of the St. Petersburg Jaycees, Secretary of the St. Petersburg Yacht Club, Chairman of the Southland Sweepstakes Hydroplane Regatta on Lake Maggiore, Charter Member of the University Club, Founder and Commodore of Florida's Lake Country Yacht Club, President of the Lake Placid Chamber of Commerce, Charter Member of the Bucketeers Club, Chairman of the St. Petersburg Exchange Club, Senior Warden of St Francis of Assisi Episcopal Church in Lake Placid, Founder of the Lake Placid Noon Rotary Club of which he was honored as its distinguished Paul Harris Fellow,  and countless other leadership roles.

Throughout his life, he loved to sail, fish, hike, water ski, boat, camp with his family, and build things. In 1970, the family travelled by automobile from Florida to Mexico, visiting cities and Mayan Ruins throughout the country. His sons organized "Gramling Men's Outings" and with their dad, boated the west coast of Florida, the Everglades, the Keys, the Withlacoochee River, the St. John's River, and many other lakes and Florida water bodies. His love of tools and wood led to building a vast fleet of model airplanes which he gave to family, friends, and charitable organizations. He sailed to Cuba aboard the vessel, Paper Tiger in 1957. He organized sailing regattas on Lake Placid and surrounding freshwater lakes, which led to the newly formed Yacht Club joining the Florida Council of Yacht Clubs. George was an active hiker, covering 40 miles on the Appalachian trail with son, Keith. He was a licensed pilot, member of the St. Petersburg Aviation Society and he initiated preservation of the Weedon Island air strip used in World War II. He was an expert marksman who once shot a wild orange off its stem from a hundred-foot distance with no scope. Countless numbers of children (and adults) learned to water ski behind his boat. He taught his sons to appreciate and pursue the same worthy interests. Above all, he was focused on his fellow man, not on himself, was always happy, always optimistic, and always loyal to his values and to his family. He was a gentleman who led by example and a spiritual man whose moderation, kindness, joy of living and optimism inspired all.

The Gramling family is grateful for the compassionate care provided by the nurses and staff of Suncoast Hospice Foundation and by family member George Newman, who helped George and the family along the way. For those who are inspired to honor his legacy, please consider gifts to the Cathedral Church of St. Peter, P.O. Box 1581, St. Petersburg, Florida 33731-1581 or to Suncoast Hospice Foundation, 5771 Roosevelt Blvd., Clearwater, Florida 33760-3407.

FOR FRIENDS WISHING TO ATTEND WHO HAVE BEEN VACCINATED, the St. Petersburg Yacht Club will host a reception between 4:00 P.M. and 7:00 P.M. on November 27, 2021, to celebrate George's wonderful life and his forthcoming 92nd Birthday!