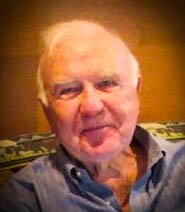 Seventy-six trombones led the big parade as Erskine N. Franklin, 95, of St. Petersburg, FL, entered heaven on Dec. 12, 2021. Erskine was born on Nov. 7, 1926, in Birmingham, AL to D. Benjamin and Leila Franklin. He graduated from Ensley High School in Birmingham and attended Virginia Polytechnic Institute while serving in the US Army. He graduated from the University of Alabama where he met his future wife, Jean Hill, whom he married in 1951. Erskine began his professional career in roofing product sales with Barrett, a division of Allied Chemical Corp. and progressed with the company through moves to Macon, Tampa, Birmingham, and Charlotte, culminating at their main office in New York City. With the acquisition of his division by Jim Walter Corp. in Tampa, Erskine joined Celotex Corp. in 1967 and returned to Florida with his family. They resided in St. Petersburg, Jean’s hometown. After retirement, he formed ENF Corporation. Erskine readily admitted to living a full and happy life, beginning with good parents: a mother who was the family authority, and a father who allowed him use of the car on Friday nights at age 14. He remembered every teacher he had, and grammar school classmates became lifelong friends. He said, “While it was maybe never stated in so many words, by example, in the way Mama and Daddy lived their lives, I learned not to complain about the hand fate had dealt, and by my own efforts could make my way.” Erskine enjoyed the outdoors with his girls, hunting with his sons-in-law, and traveling the world with Jean. He was an avid golfer, giving up the game at age 90 because he was “just not getting any better.” In its place, he began piano lessons. His favorite movie was The Music Man. Erskine was a past member of the St. Petersburg Yacht Club, Feather Sound Country Club, and the Vinoy Golf Club. Most important, Erskine was a man of the highest honor and integrity. He was preceded in death in 2012 by his wife of 61 years, Jean, and sister Dorothy Waldrup. He is survived by daughters Joan Bailey (Paul), Amy David (Buzz), Christine Heironimus (Wayne), and Suzanne Franklin; grandchildren Michelle DeVicente, Claire Eichler (Bryan), Kyle Heironimus (Minda), and Eric Lane; 2 great-grandchildren; sister Norma Jean Morton; 4 nieces and 2 nephews.

A gathering of family and friends will be held Saturday, January 22, 2022 at 1pm followed by a memorial service, both at Anderson-McQueen Funeral Home, 2201 DR. MLK Street North, St. Petersburg, FL 33704.  Donations in his name may be made to Metropolitan Ministries or the charity of your choice.

Share Your Memory of
Erskine
Upload Your Memory View All Memories
Be the first to upload a memory!
Share A Memory