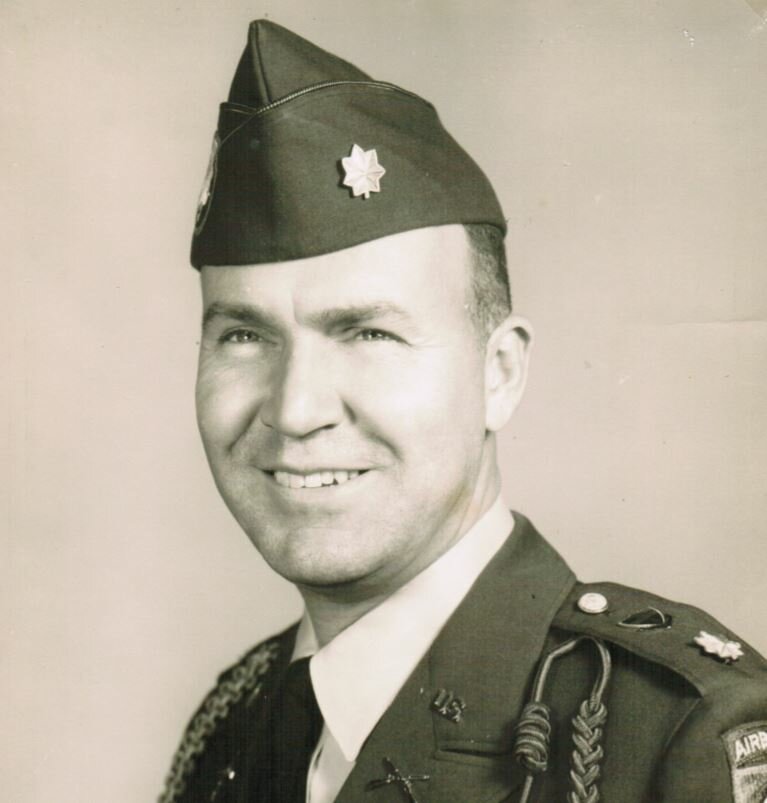 Lt. Col. Robert H. Volk, Sr. U.S. Army (Ret.), passed away peacefully in his rest on January 21st, 2022, at the age of 93. Robert, known by many as “Bob”, was born in northeast New Jersey, on January 6th, 1929 to father John G. Volk and mother Naomi M. H. Volk and was the eldest of two sons. Bob and his family moved to Barnesville, GA at an early age where he attended junior and high school. After graduating high school, Bob had the distinct honor of attending the West Point Military Academy from 1948 to 1951. Shortly after being commissioned as an Officer in the US Army, Bob married his wife Diane, and they were wed for 40+ years. Bob and Diane welcome their first child, Sharon, in 1954 and soon after their son Robert H. Volk Jr. “Mickey” in 1956. Bob served his country proudly which included serving in both the Korean and Vietnam Wars, amongst other notable military contributions. Bob retired from the U.S. Army in 1971 and planted roots in northeast St. Petersburg, FL. After the loss of his beloved wife, Bob moved to Seminole, FL in the mid-90s where he spent most of time with his neighbors and friends on the golf course at Seminole Lakes Country Club. In his later years, Bob enjoyed reading and watching his hometown teams: Rays, Buccaneers and Lightning. Bob was a sports fanatic, so it didn’t matter who was playing just as long as there was a game on in the background.

Bob will always be remembered as a man of extreme discipline, respect, and honor. Despite his stern military pedigree, he was a man of charisma, sound advice and a unique sense of humor. He was a loving son, bother, uncle, husband, father, grandfather, and great grandfather and will be missed dearly by many.

Bob was preceded in death by his parents, John and Naomi, his wife Diane, his brother Lt. Col. Bruce R. Volk, Sr. U.S. Army (Ret.), and his son Mickey.

The family welcomes all to attend a graveside service, with full military honors, to honor the life of Lt. Col. Volk on Thursday, February 17th, at 1PM EST at Bay Pines National Cemetery in St. Petersburg, FL. In lieu of flowers, please send memorial donations to https://www.wreathsacrossamerica.org/

To send flowers to the family or plant a tree in memory of Robert Volk, please visit Tribute Store
Thursday
17
February