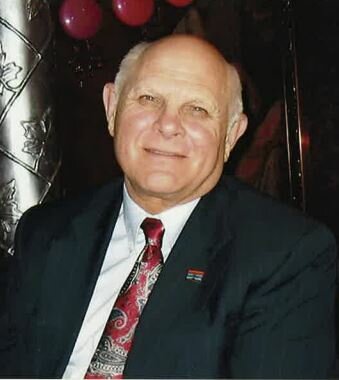 George William Leake, better known as "Bill," passed away peacefully on Sunday, February 27, 2022, at his St. Petersburg home with his loving family present. He is survived by Donna Jo, his wife of 54 years, and their children, Kimberli, Christopher and his wife Salena, Keri and her husband Robert, and many grandchildren, great grandchildren, nieces and nephews. Their daughters, Patricia and Keli Jo, and his parents and brother, Robert predeceased him. On July 21, 1940, Bill and his twin brother, Robert were born in Hyde County, NC, where their parents, Emest and Kathryn Leake, adopted them at their very young age of six months, and in the early 1940's the Leake family relocated to Florida. Bill is a 1959 graduate of St. Petersburg High School where he excelled in football and track and was later inducted into its Athletic Hall of Fame. Bill served honorably in the United States Army and is a twenty-year veteran of the St. Petersburg Police Department. The family expresses their thanks to the many well-wishers and will host a Celebration of Bill's Life in the coming months, so stay tuned. In lieu of flowers, the family requests that donations be made to the Suncoast Hospice, at 5771 Roosevelt Blvd., Clearwater, FL 33760.

To send flowers to the family or plant a tree in memory of George Leake, please visit Tribute Store