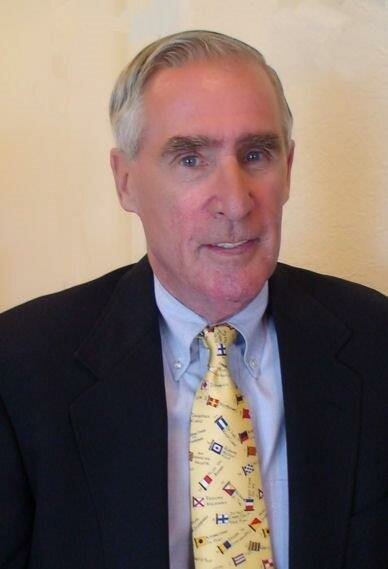 Stephens Blakely Woodrough, Sr. “Steve”, 84, of St. Petersburg, Florida passed away 25 February 2022 at Oak Manor Hospice Care in Largo, Florida surrounded by friends and family after a hard-fought battle with lung cancer. Steve was born on 4 September 1937 in Waukegan, Illinois and raised in Ft. Mitchell, Kentucky. He attended and graduated from Covington Latin School in Covington, Kentucky (1955), Xavier University in Cincinnati, Ohio (B.A. English, 1958) and University of Kentucky (J.D., 1961) and was a Phi Delta Phi member (1959). He is preceded in death by his parents, John Randolph Woodrough and Jane Ashton (Blakely) Woodrough, his sister Laurie Glass, and his wife Margaret Ann (Vollmer)Woodrough. Steve is survived by his sister Susan Purdy, his son Stephens B. Woodrough, Jr. and his daughter Page Woodrough McDermott.

Steve was also very active in his community and enjoyed serving others. On 24 September 2018 he was honored for his service to his hometown community, and he was commissioned by the governor of Kentucky as a Kentucky Colonel. Steve volunteered countless hours at Daystar Life Center and Bayfront Hospital in St. Petersburg and was an active member of St. Mary, Our Lady of Grace Catholic church. However, aside from all these accomplishments, his greatest was his family. Steve was the proud grandfather of eleven grandchildren: Mary, Katherine, Stephens III, Cecelia, and Thomas Woodrough, and Shannon, Brigid, Molly, Anna, Daniel, and Kelly McDermott. Steve could often be seen driving around St. Petersburg wearing his white straw cowboy hat in his uniquely designed cars; a 2005 Ford GTX1 and later a 2015 Chevrolet Z06 Corvette.

To send flowers to the family or plant a tree in memory of Stephens Woodrough, Sr., please visit Tribute Store
Saturday
5
March

Share Your Memory of
Stephens
Upload Your Memory View All Memories
Be the first to upload a memory!
Share A Memory
Send Flowers