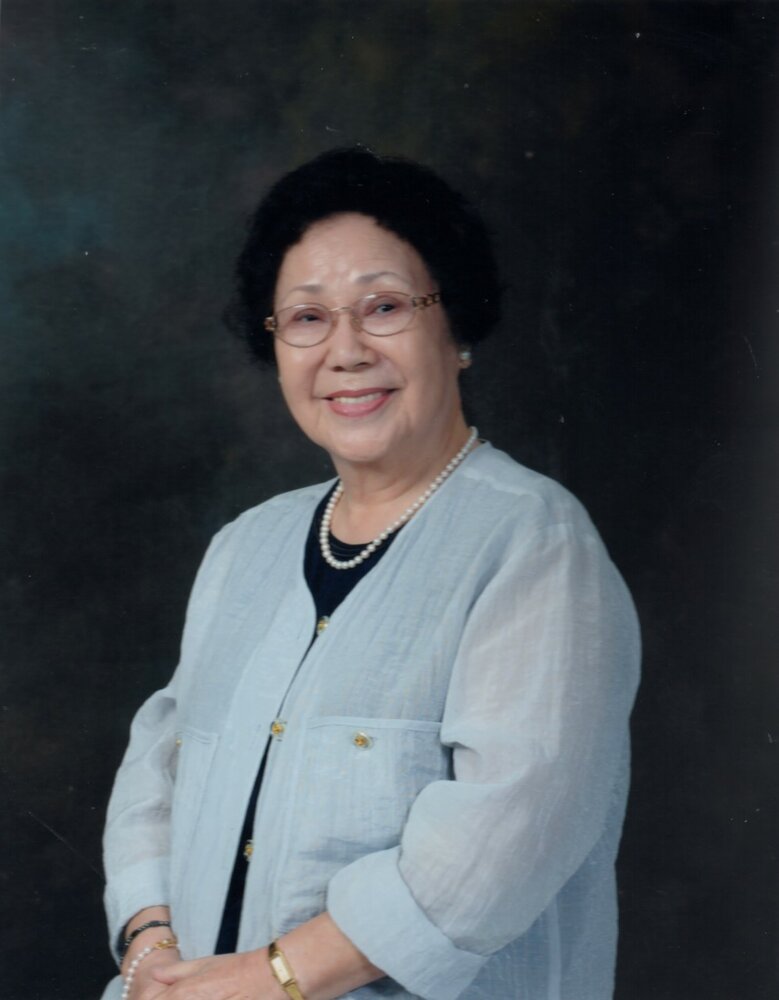 Jung Sook Shin Wells, age 93, passed away on February 28th, in St Petersburg FL. She was born on March 20, 1928 in Seoul, Korea, educated in Korean public schools and mastered 3 languages.    During the Korean War she worked in an orphanage where she met her future husband, Lt Don R. Wells. They married and moved to the USA. They had 3 children: Thomas, James, and Mary.  Due to her husband’s Army career, they moved often, and she lived in Germany, South Korea, and several US states.  Jung Sook pursued her education at the University of St Mary in Leavenworth, KS prior to retiring in Bucks County, Pennsylvania.  She moved to Saint Petersburg in 2000.  She was a devout Christian and was active in several churches over the years, and made several journeys for fellowship meetings to South Korea, Canada, and other places.  She was a devoted mother and grandmother.  She was also a very talented cook and enjoyed sharing dishes with others.  She is survived by her three children and grandchildren, her younger brother and his family. Jung Sook grew up in Korea during the Great Depression, World War II, and the Korean War and was blessed to live independently in good health until the age of 93. She will be sorely missed!

To send flowers to the family or plant a tree in memory of Jung Sook Shin Wells, please visit Tribute Store

Share Your Memory of
Jung Sook Shin
Upload Your Memory View All Memories
Be the first to upload a memory!
Share A Memory
Send Flowers